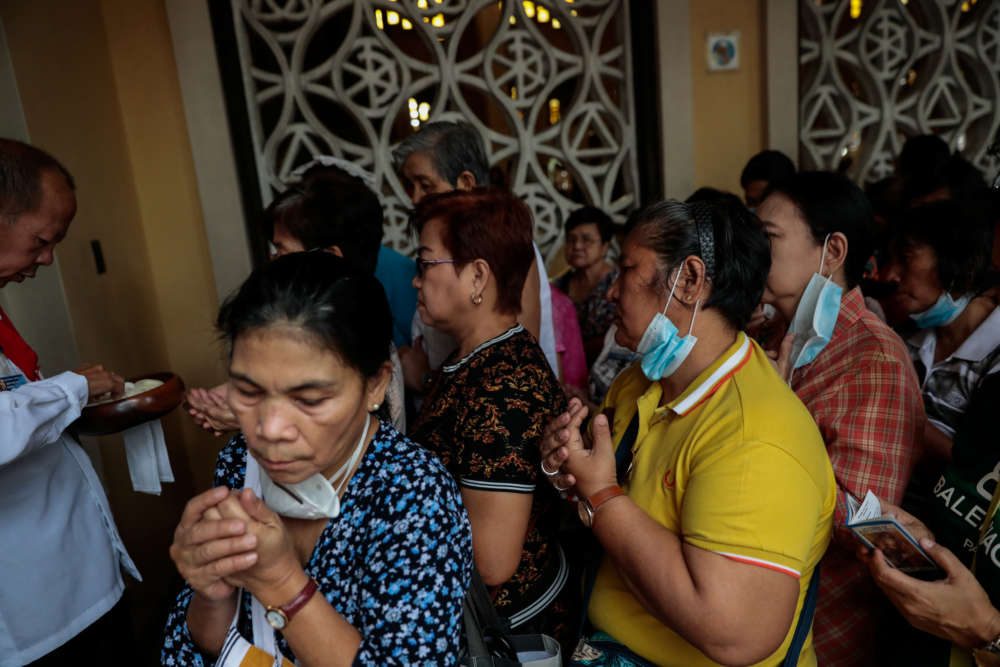 Roman Catholic authorities in Jerusalem have instructed their priests to give communion by hand only, rather than placing the wafers on worshippers’ tongues, and to empty holy water fonts – as precautions against the spread of the coronavirus.

The Latin Patriarchate of Jerusalem announced the measures on Thursday, shortly after the start of Lent, the 40-day season that leads up to Easter. Millions of pilgrims frequent Jerusalem and other holy cities such as Nazareth and Bethlehem each year.

Archbishop Pierbattista Pizzaballa, the Vatican’s apostolic administrator, said in a statement that with its many visitors the Holy Land is in a “unique situation”.

The guidelines include “receiving Communion by hand only”, rather than placing the wafer directly on the recipient’s tongue, and avoiding “having the faithful receive Communion from the chalice”.

In the communion ceremony, worshippers receive a wafer called a host and often sip wine, or dip the wafer into wine in the chalice before putting it in their mouths.

Catholics believe that the host and wine, after consecration by a priest, become the body and blood of Jesus Christ.

Pizzaballa’s statement also offered a “preventive suggestion” to empty the holy water fonts – typically metal or stone basins filled with blessed water that are often placed at the entrance to a church.

The Latin diocese is the Vatican’s representative in holy cities across Israel and the Palestinian territories as well as in Jordan and Cyprus.

Its most famous churches are Jerusalem’s Church of the Holy Sepulchre where Christians believe Jesus was crucified and buried, Bethlehem’s Church of the Nativity, where he is believed to have been born, and Nazareth’s Basilica of the Annunciation.

Earlier on Friday, Israel confirmed its second case of coronavirus, a person it said had been in close contact with a man who tested positive after visiting Italy.