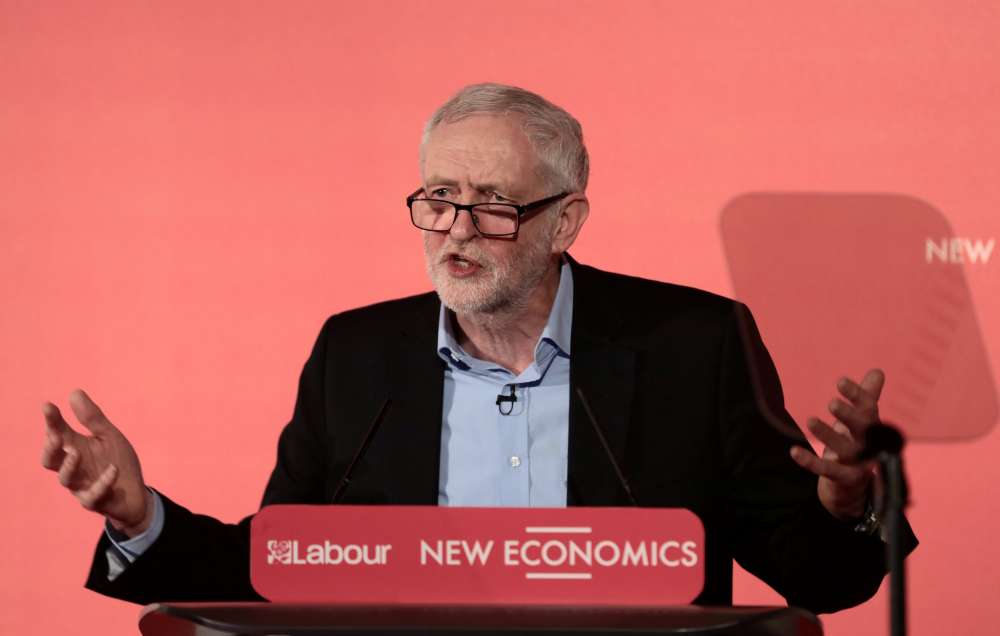 The Brexit stance taken by the opposition Labour Party is losing it support among young people while only 12 percent of people in its former electoral heartland of Scotland back its handling of the issue, according to a poll on Monday.

Britain’s parliament is currently deadlocked over how and even whether to leave the European Union as the clock ticks down to the March 29 exit date after lawmakers overwhelmingly rejected Prime Minister Theresa May’s deal earlier this month.

Labour’s says it will back a deal with a permanent customs union with the EU and wants a national election if no agreement can be reached, while also leaving the option of a second referendum on the table.

Some Labour supporters say the position taken by Labour leader Jeremy Corbyn is a fudge. They want him to take a more pro-EU stance in keeping with the views of members of the party which welcomed an influx of younger supporters after the left-leaning Corbyn took over as leader in 2015.

According to the Opinium survey, approval of Corbyn’s handling of Brexit among 18 to 34-year-olds had dropped 27 percentage points in six months.

The poll also found only 12 percent of Scots approved of how Corbyn was dealing with the EU withdrawal. To win power in Britain in a national election, Labour would likely have to win seats in historically left-leaning Scotland where for decades it was the strongest party.

However, since 2015 Scotland has been dominated by the pro-independence Scottish National Party, which has won over old Labour supporters, and has an overtly pro-EU Brexit policy.

“The findings from a poll of over 2,000 people will raise a number of alarm bells in Labour Party Headquarters,” Opinium said on its website.

The Times newspaper reported separately on Monday that more than 1,000 members had quit Scottish Labour since last summer, citing Brexit as one of the biggest reasons. The party did not immediately respond to requests for a comment.