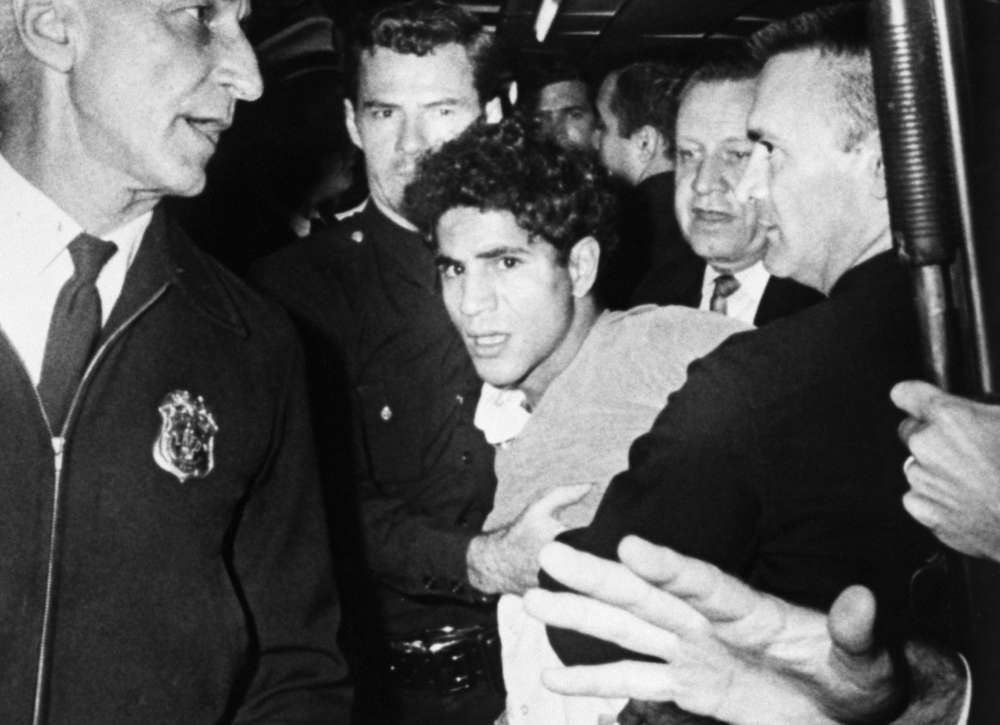 Sirhan Sirhan, the Palestinian refugee found guilty of shooting U.S. presidential candidate Robert F. Kennedy to death in 1968, was wounded in a stabbing at a California prison on Friday, according to media reports.

Celebrity website TMZ, citing unnamed sources, was first to report that Sirhan, 75, had been stabbed.

Replying to a request for confirmation that Sirhan was wounded, Jeffrey Callison, a spokesman for the California Department of Corrections and Rehabilitation, said an inmate had been stabbed at the Richard J. Donovan Correctional Facility near San Diego.

The wounded inmate was taken to a hospital outside the prison and is listed in stable condition, Callison said in a statement, and a suspect has been identified in the assault.

In a follow-up email, Callison declined to identify the wounded inmate as Sirhan, citing department policy on not naming victims.

A jury in 1969 found Sirhan guilty of assassinating Kennedy the previous year by opening fire with a .22-caliber pistol into a small crowd surrounding the Democratic candidate in the pantry of the Ambassador Hotel in Los Angeles.

Kennedy, a U.S. senator from New York, was hit three times and died the next day. He was later buried at Arlington Cemetery, near his brother, President John F. Kennedy, who was assassinated in 1963.

Sirhan has said he fired at Kennedy because he was enraged by his support for Israel.

He was sentenced to death, but the sentence was changed to life in prison after California banned the death penalty for a time.