Convervative Party divided ahead of conference 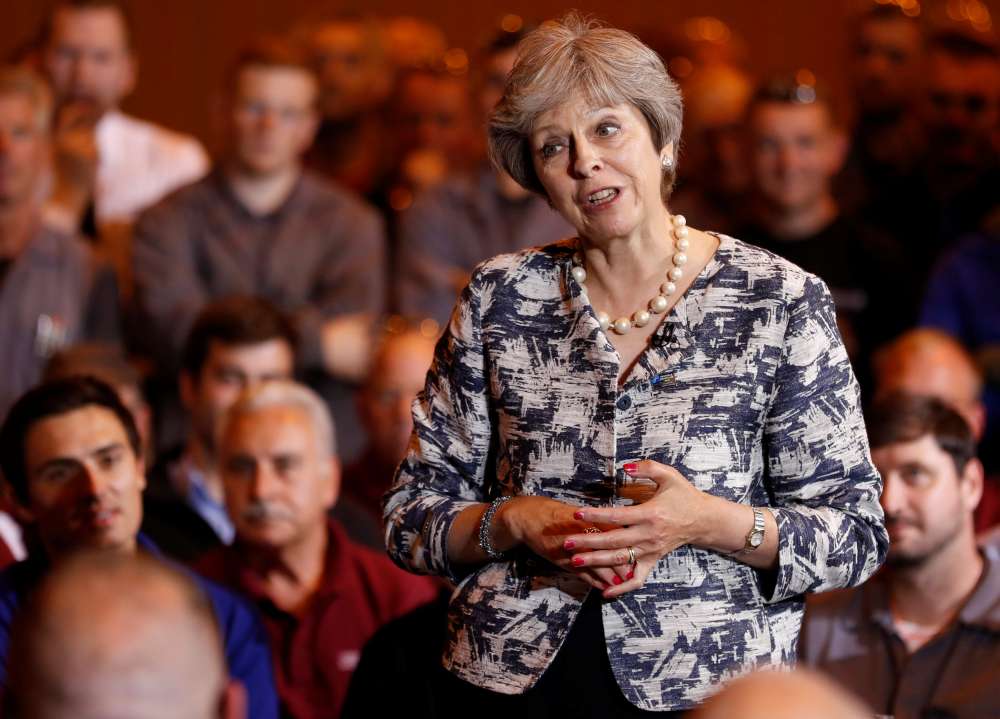 British Conservative Party began gathering for its annual conference on Saturday, bitterly divided over her plans to leave the European Union which threatens to derail any deal and put her own job in doubt.

Just six months before Britain is due to leave the EU on March 29, 2019, May has said talks to clinch a divorce deal are at an impasse.

She has said her “Chequers” proposals are the only viable option, but EU leaders have said parts of them are unacceptable and many Conservative lawmakers have threatened to vote down a deal based on May’s blueprint.

The uncertainty has led to business concerns that there will be no deal, potentially leading to tariffs and border delays.

Japanese car maker Toyota on Saturday warned that leaving without an agreement would hit its production and jobs would ultimately be at risk.

“Of course we want a deal,” Business Secretary Greg Clark told BBC radio, saying May and her negotiating team were determined to secure a deal and there were grounds for optimism.

“That’s why the next few weeks are going to be important to go through issue by issue what’s being proposed to address whether there are any residual concerns that the negotiators have and with a cool head and recognising the common interest in this, resolve them one by one.”

A summit of EU leaders last week ended in a blunt dismissal of May’s proposals, which they said would fail to resolve arguments over the land border of Northern Ireland, in the UK, with the Irish Republic, in the EU, one of the main sticking points to a deal.

In an interview with the Sun newspaper, Britain’s Brexit Secretary Dominic Raab said the Irish issue was being used by some in the EU Commission “for political purposes”, but said he was open to suggestions from the bloc.

“I think they want a deal,” he said. “We aren’t pretending there aren’t alternative proposals that we would look at. But we need credible responses for the proposals we have set out or credible alternatives, and we haven’t seen them yet.”

As Conservative lawmakers and party members began arriving in Birmingham, central England, for what is expected to be a fractious party conference which starts on Sunday, many have said the Chequers plans are dead and should be torn up.

Leading Brexit hardliner and former foreign secretary Boris Johnson, who quit over the issue, called on Friday for a free trade agreement with the bloc, saying the current proposals would leave Britain in “enforced vassalage” to the EU.

Johnson, the bookmakers’ favourite to succeed May, declined to answer directly whether he would rule out a leadership challenge.

While May and government ministers continue to express confidence that a final Brexit deal can be agreed, they have also insisted no-deal would be better than a bad deal.

However, Toyota became the latest high-profile business to warn that leaving the world’s biggest trading bloc without any trading agreement could add costs and cripple output at plants which rely on the just-in-time delivery of tens of thousands of components.

“If we crash out of the EU at the end of March the supply chain will be impacted and we will see production stops in our factory,” said Marvin Cooke, managing director of Toyota’s Burnaston plant, which produced 144,000 vehicles last year.

Earlier this week other car makers in Britain including BMW, McLaren and Honda said they had triggered some contingency plans, such as certifying models in the EU, redrawing production schedules and stockpiling parts.

Jaguar Land Rover, Britain’s biggest carmaker, has warned it does not know whether its plants will be able to operate in six months’ time.

“The additional burden of import and export cost would add permanent costs to our business,” Toyota’s Cooke said. “It would reduce our competitiveness. Sadly I think that would reduce the number of cars made in the UK and that would cost jobs.”