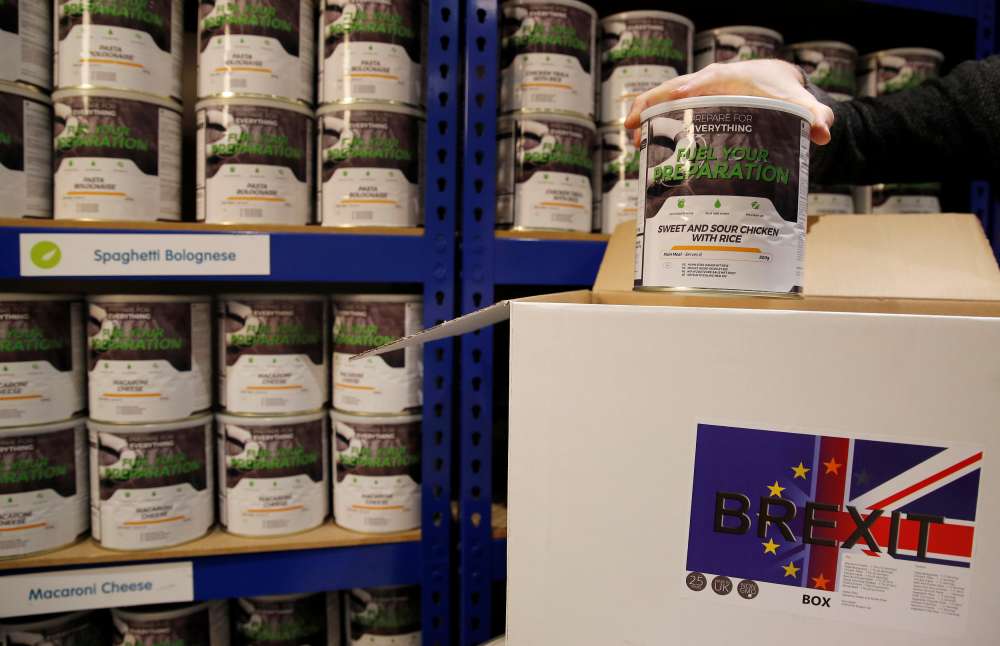 With just nine weeks to go until Britain is due to leave the European Union, a company is selling worried Britons a survival kit to help them prepare for the worst.

The “Brexit Box“, retailing at 295 pounds ($380), provides food rations to last 30 days, according to its producer, businessman James Blake who says he has already sold hundreds of them.

With still no deal on how Britain will trade with the EU once it leaves, retailers and manufacturers have warned a “no-deal” Brexit could cause food and medicine shortages due to expected chaos at ports that could paralyse supply lines.

“One of those things is to be a little bit ahead, have some food in place,” he added.

Customer Lynda Mayall, 61, who ignored government assurances that there is no need to stockpile food for Brexit, said: “I thought: let’s make sure I’m covered in the event of things going awry.

In addition to her Brexit Box, Mayall, a counsellor and therapist, has stocked up on household products such as washing liquid, which she thinks may become scarce.

The Brexit Box’s long shelf life – the canned food will last up to 25 years – is appealing.

“In the event I don’t need it for Brexit, it is not going to go to waste,” Mayall said. 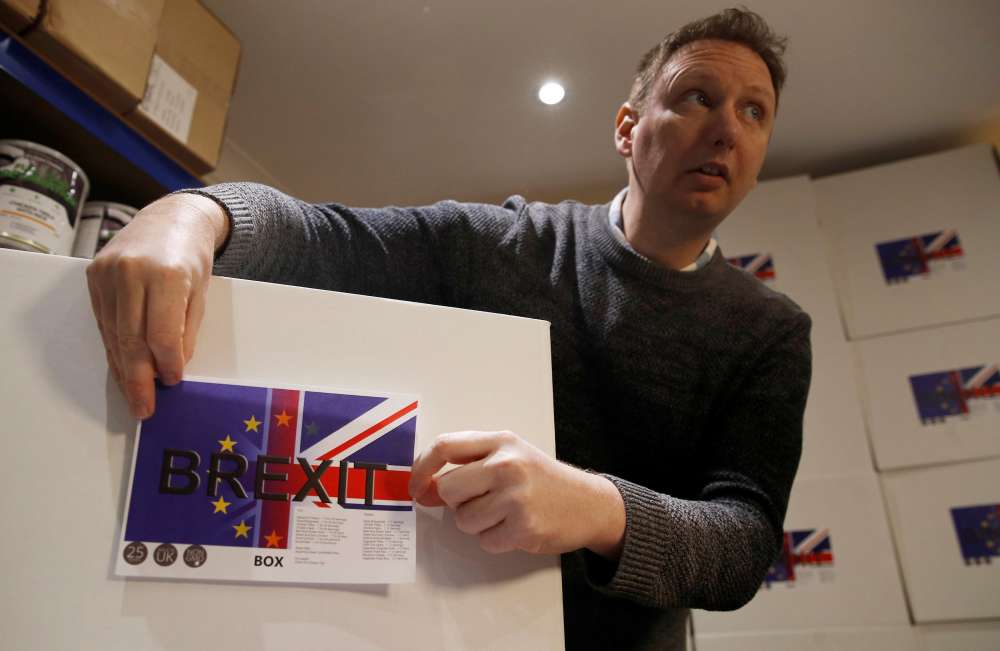 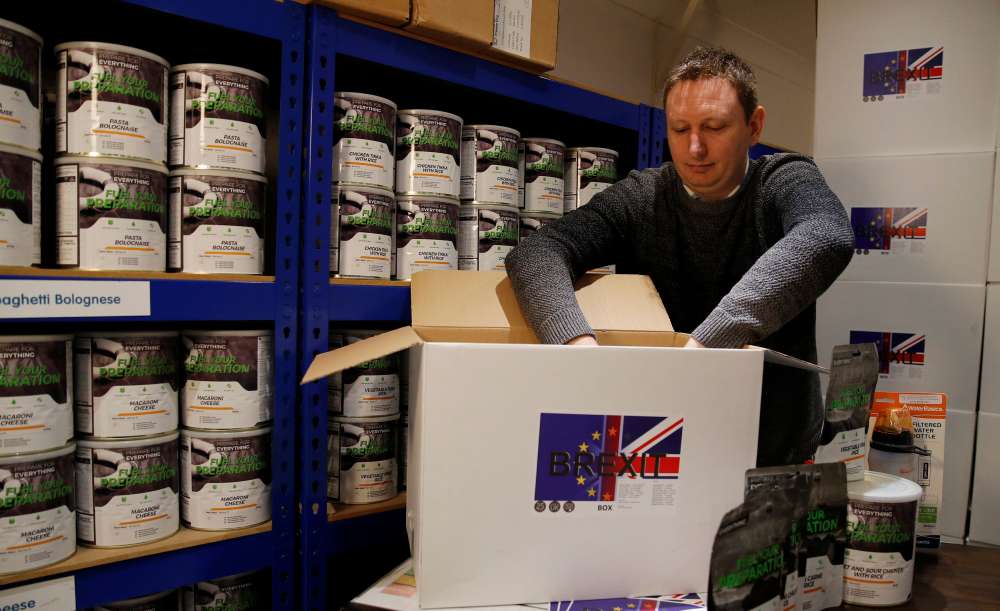 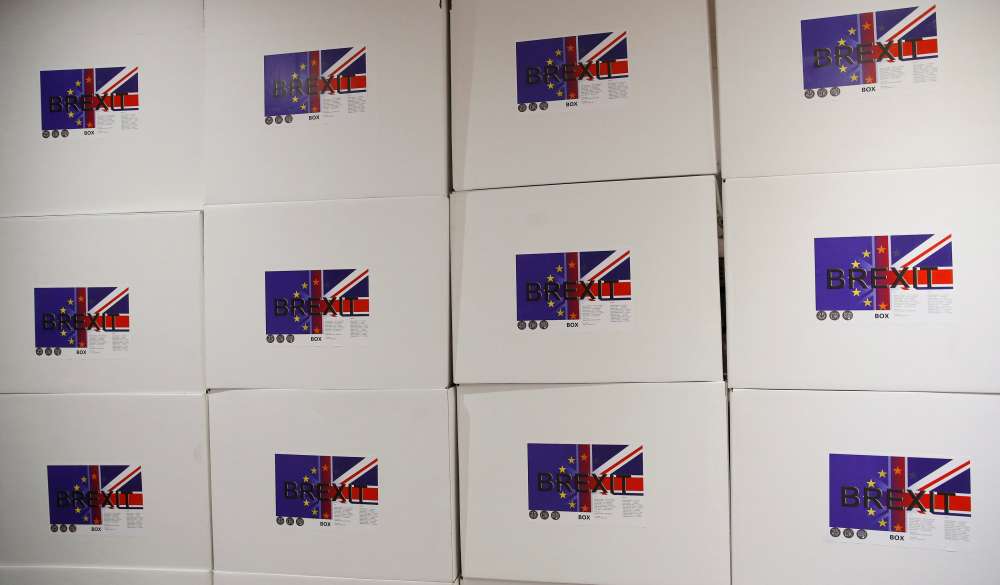 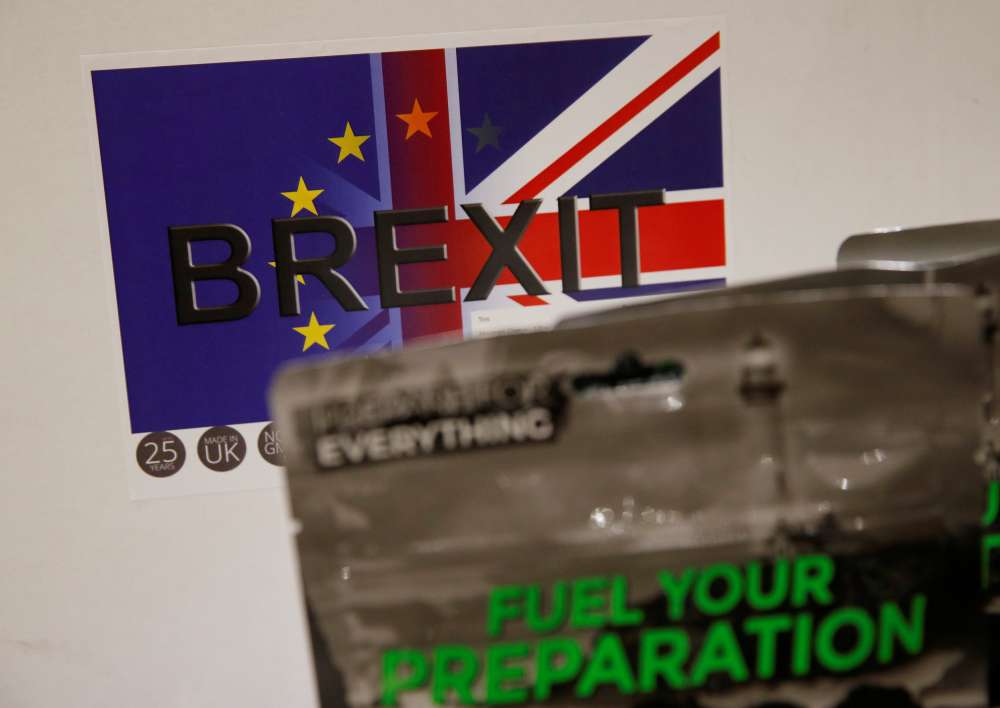