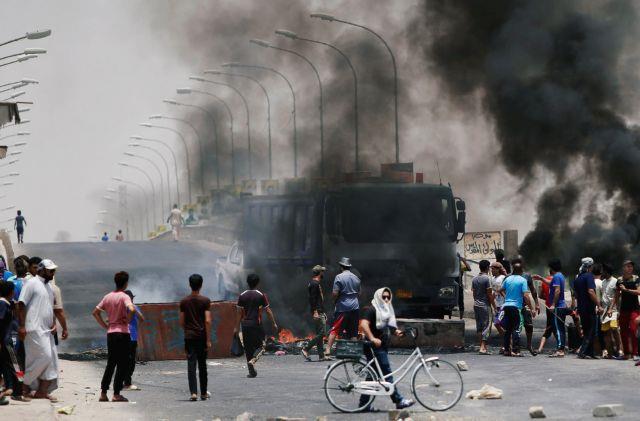 At least two people died and more than a dozen others sustained injuries in protests over economic conditions in southern Iraq as hundreds of other protesters stormed the airport of Najaf and disrupted air traffic temporarily.

Authorities in the province of Maysan said on Friday July 13 that one protester was killed and 15 others were injured in the provincial capital of Amarah, adding that the angry demonstrators were reportedly attempting to storm the governor’s office.

Earlier on Friday, security forces killed another demonstrator in the city of Basrah as Prime Minister Haidar al-Abadi was on an official visit there.

Another protest rally was also held in capital Baghdad on Friday against poor services, unemployment and corruption.

By In Cyprus
Previous article
Russia says U.S. indictment over 2016 election hacking is groundless
Next article
Malta and Italy between dispute over migrant boat