Choking back tears, Britain’s May says goodbye to Downing Street 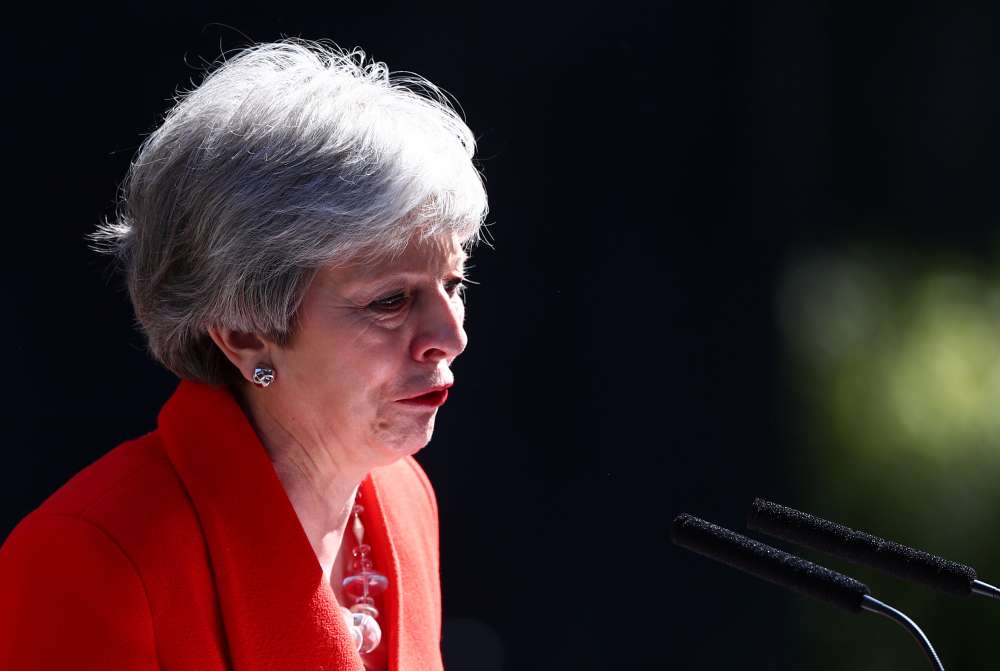 British Prime Minister Theresa May was barely able to finish her resignation speech on Friday, her voice breaking as she fought back tears when describing her “enduring gratitude to have had the opportunity to serve the country I love”.

In a seven minute speech, May said she would stand down on June 7, acknowledging that the support of her Conservative lawmakers had disappeared after her failure to deliver on Britain’s 2016 vote to leave the European Union.

Trying to shape a legacy which will more likely be defined by her failed negotiation with the EU, she listed some of the things she said she had achieved during her time in power, including tackling race relations and the gender pay gap.

But it was at the end of her speech, when the usually composed prime minister, dubbed the “Maybot” by some for her robotic performances, almost broke down. 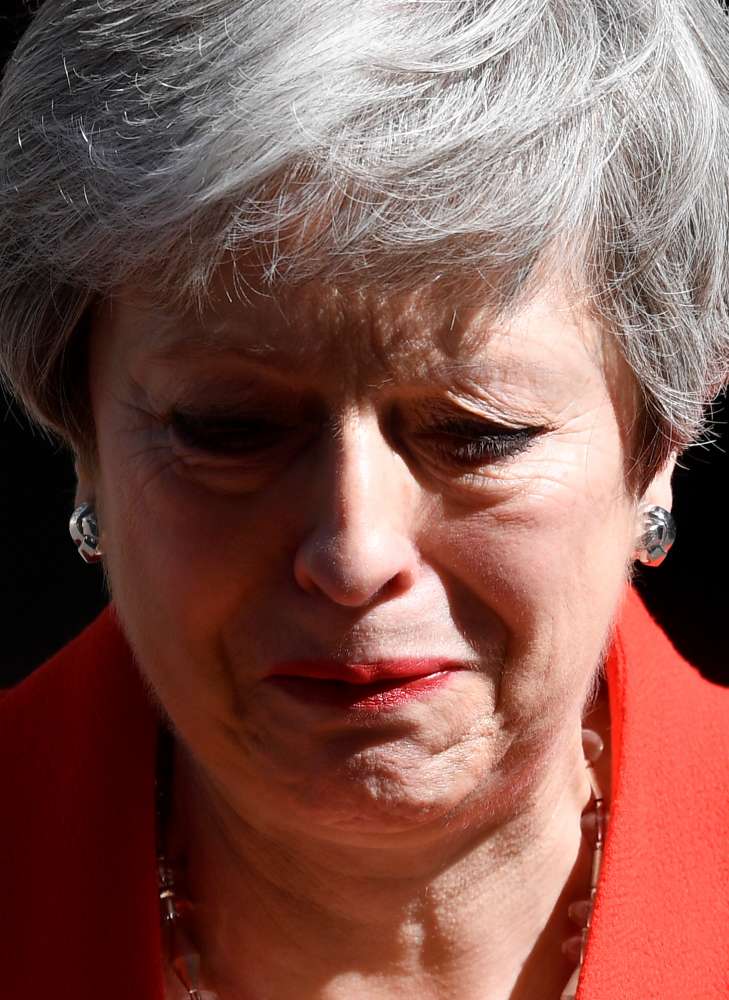 “I will shortly leave the job that has been the honour of my life to hold,” she told reporters outside her Downing Street official residence.

“The second female prime minister, but certainly not the last. I do so with no ill will but with enormous and enduring gratitude to have had the opportunity to serve the country I love.”