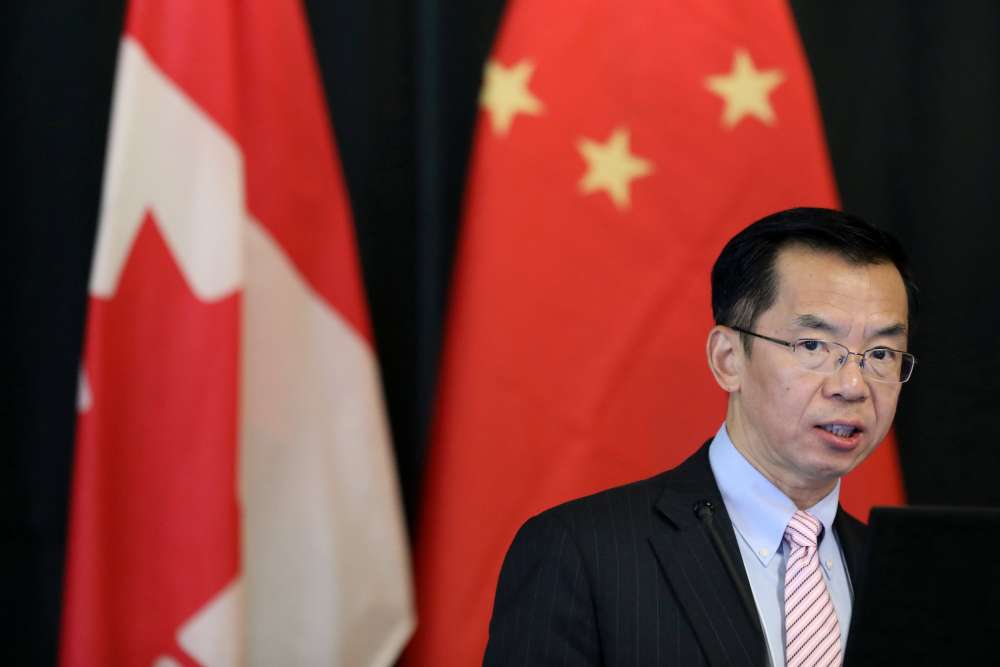 A Chinese court ordered a retrial of a Canadian citizen on drug smuggling charges on Saturday after prosecutors said his sentence of 15 years was too light – a case that could further test relations between Beijing and Ottawa.

Tensions between the two governments have been high since Canada’s arrest of a high-ranking Chinese executive at the request of the United States this month, followed by China’s detainment of two Canadian citizens on suspicion of endangering state security.

Robert Lloyd Schellenberg had lodged an appeal after being handed a 15 year sentence on Nov. 20 in the northeastern city of Dalian, the high court for the province of Liaoning said in a statement, adding that he was to have been deported after serving his sentence.

At the appeal hearing, prosecutors said the sentence was too light and improper, arguing Schellenberg was highly likely to have been part of a international drugs smuggling operation and had played a major role in smuggling the drugs, the statement said.

The court said it accepted this argument and ordered a retrial. It added that Canadian diplomats were in court for the appeal.

It was not immediately clear who Schellenberg’s lawyer was or when the retrial may take place.

A Dalian government news portal said this week Schellenberg had smuggled “an enormous amount of drugs” into China.

Canada’s government has said it has been following the case for several years and providing consular assistance, but could provide no other details citing privacy concerns.

China executed a Briton caught smuggling heroin in 2009, prompting a British outcry over what it said was the lack of any mental health assessment.

In one development that could lessen tensions, a Canadian government spokesman said on Friday that a Canadian citizen who was detained in China this month had returned to Canada after being released from custody.

The spokesman did not specify when the Canadian was released or returned to Canada. Earlier in the day, broadcaster CBC identified the citizen as teacher Sarah McIver.

McIver was the third Canadian to be detained by China following the Dec. 1 arrest in Vancouver of Meng Wanzhou, chief financial officer of the Chinese telecommunications giant Huawei Technologies Co Ltd, but a Canadian official said there was no reason to believe that the woman’s detention was linked to the earlier arrests.

Foreign Minister Chrystia Freeland did not mention the woman last week in calling for the release of the other two Canadians detained on suspicion of endangering state security. It is not known where the two are being held. They have each only been allowed to see Canadian diplomats once since being detained.

China’s Foreign Ministry said in a statement sent to Reuters that it was aware of reports McIver had been released, and referred further questions to the “relevant authority”. It did not elaborate.

Neither China nor Canada has drawn a direct connection between the Meng case and the cases of the two other Canadians.

China has demanded Canada free Meng, who is fighting extradition to the United States, where she would face fraud charges that carry a maximum sentence of 30 years jail for each charge. Meng has said she is innocent.

Her arrest has also heaped uncertainty on efforts by Washington and Beijing to reduce tensions in their trade war.