China warns party members against superstitions: stick to Marx not “ghosts and spirits” 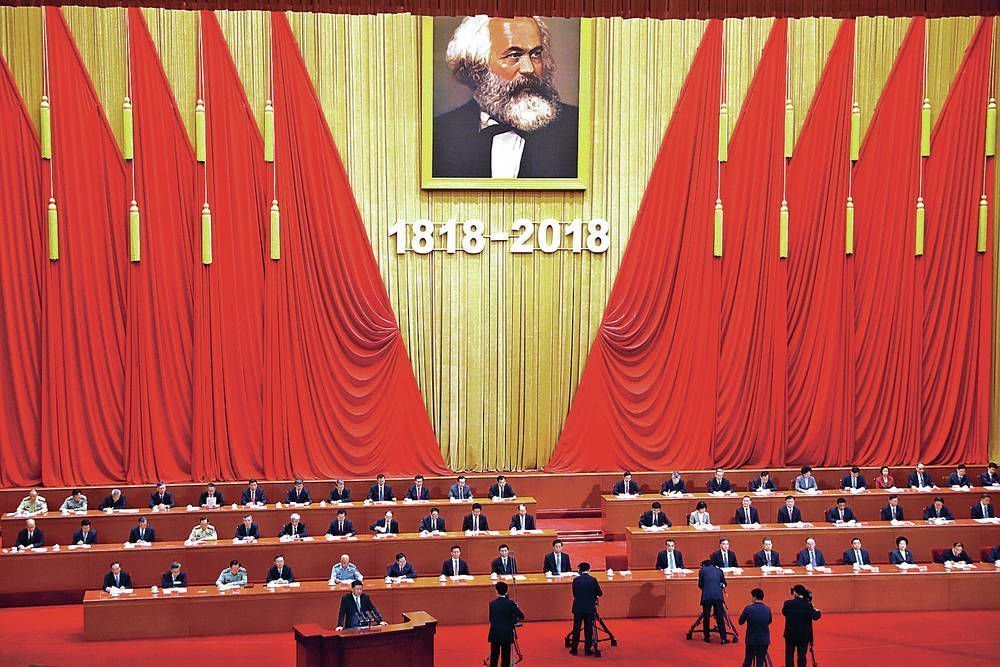 China’s ruling Communist Party warned party members on Wednesday to stick to Marx and Lenin and not believe in “ghosts and spirits”, in the latest effort to root out superstitious practices.

China officially guarantees freedom of religion for major belief systems like Christianity, Buddhism and Islam, but party members are meant to be atheists and are especially banned from participating in what China calls superstitious practices like visiting soothsayers.

There have been numerous scandals in recent years where senior party members have been accused of involvement in superstition.

A lengthy statement on how best to strengthen the party’s role and its leadership, issued on the official Xinhua news agency, said Marxism was the guiding thought for China and the party.

“Resolutely oppose all forms of mistaken thought that distorts, misrepresents or negates Marxism.”

President Xi Jinping said last year that the party’s decision to stick with the political theories of Karl Marx remained “totally correct”, to mark the 200th anniversary of the German philosopher’s birth.

Chinese people, especially the country’s leaders, have a long tradition of putting their faith in soothsaying and geomancy, looking for answers in times of doubt, need and chaos.

The practice has grown more risky amid a sweeping crackdown on deep-seated corruption launched by Xi upon assuming power in late 2012, in which dozens of senior officials have been imprisoned.

The founder of modern China, Mao Zedong, banned fortune telling and superstition in puritan, communist China after the 1949 revolution, but the occult has made a comeback since the still officially atheist country embraced economic reforms and began opening up in the late 1970s.

In one of the most famous recent cases, China’s powerful former security chief Zhou Yongkang was jailed for life in part due to accusations he leaked undisclosed state secrets to a fortune teller and healer called Cao Yongzheng, known as the “Xinjiang sage” after the far western region where he grew up.