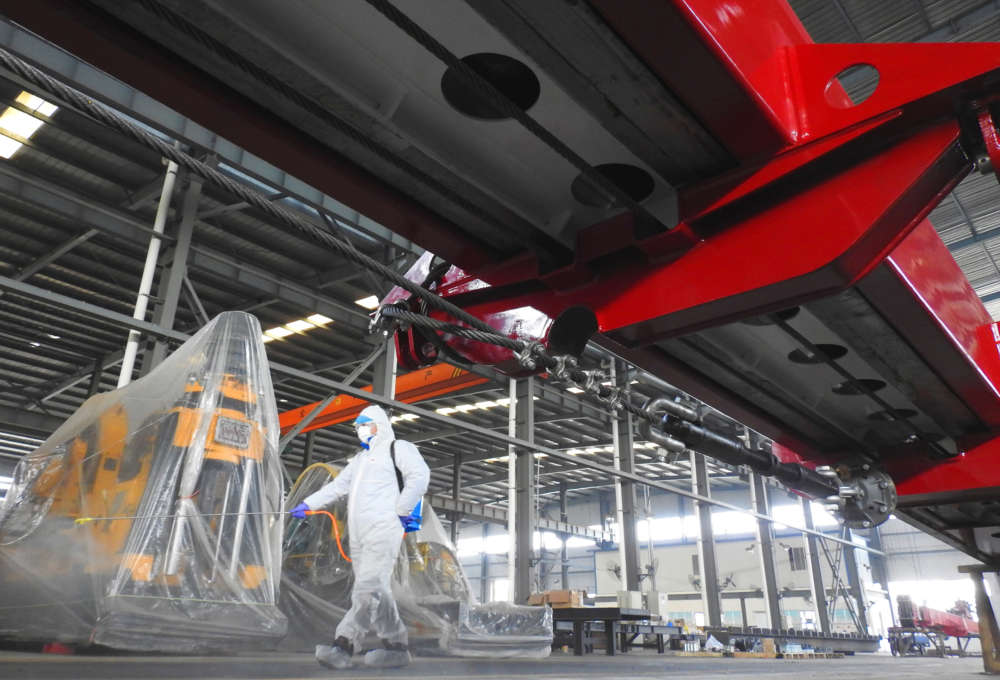 China raised the death toll from the coronavirus epidemic to 811 on Sunday, passing the number killed globally by the SARS epidemic in 2002/2003 and raising anxiety among people preparing to return to work after an extended Lunar New Year break.

Struggling to contain the spread of the disease, authorities had told businesses to tack up to 10 extra days onto holidays that had been due to finish at the end of January as the rising numbers of dead and infected cast a pall over the country.

The sight of an economy regarded as a workshop to the world laid so low has also taken a toll on international financial markets, as shares slumped and investors switched into safe-havens like gold, bonds and the Japanese yen.

Even on Monday, a large number of workplaces will remain closed and many white-collar workers will continue to work from home.

The new deaths on Saturday reached another daily record at 89, data from the National Health Commission showed, pushing the total well over the 774 who died from SARS, or Severe Acute Respiratory Syndrome.

An American hospitalised in the central city of Wuhan, where the outbreak began, became the first confirmed non-Chinese victim of the disease. A Japanese man who also died there was another suspected victim.

As millions of Chinese prepared to go back to work, the public dismay and mistrust of official numbers was evident on Weibo, China’s equivalent of Twitter.

“What’s even more frustrating is that these are only the ‘official’ data,” said one user.

“Don’t say anything else. We all know we can’t purchase masks anywhere, why are we still going back to work?” said a second.

“More than 20,000 doctors and nurses around the country have been sent to Hubei, but why are the numbers still rising?” asked a third.

Of the coronavirus deaths, 81 were in China’s central Hubei province, where the virus has infected most people by far. New deaths in Hubei’s capital Wuhan saw a rare decline.

The total of confirmed coronavirus cases in China stood at 37,198 cases, the commission data showed.

Joseph Eisenberg, professor of epidemiology at the School of Public Health at the University of Michigan, said it was too early to say whether the epidemic was peaking.

“Even if reported cases might be peaking, we don’t know what is happening with unreported cases,” he said. “This is especially an issue in some of the more rural areas.”

The virus has spread to 27 countries and regions, according to a Reuters count based on official reports, infecting more than 330 people. Two deaths have been reported outside mainland China – in Hong Kong and the Philippines. Both victims were Chinese nationals.

Chinese-ruled Hong Kong introduced a two-week quarantine on Saturday for all people arriving from the mainland, or who have been there during the previous 14 days.

The latest patients outside China include five British nationals staying in the same chalet at a ski village in Haute-Savoie in the Alps, French health officials said, raising fears of further infections at a busy period in the ski season.

The five, including a child, had been lodged in the same chalet with a British man believed to have contracted the virus in Singapore. They were not in a serious condition, the officials said.

France issued a new travel advisory for its citizens, saying it did not recommend travelling to China unless there was an “imperative” reason. Italy asked children travelling from China to stay away from school for two weeks voluntarily.

There have been 64 confirmed cased from a cruise ship held in quarantine off Japan.

The small island-state of Singapore has reported 40 cases of coronavirus, putting it among the hardest hit countries, along with Japan, outside of China.

On Friday, the Singapore government raised its response level on the virus to “orange,” a level also adopted during SARS and the 2009 outbreak of H1N1 influenza. Singaporeans reacted by clearing out supermarket shelves of rice, noodles and toilet paper. On Sunday, the central bank in the Asian financial hub advised financial institutions to step up precautions for staff.

The government also said it had organised a second evacuation flight for 174 Singaporeans and their family members in Wuhan.

Organisers of the Singapore Airshow 2020 expect this week’s event to draw less than half the crowd seen on public days at the last show in 2018. The Pentagon has shrunk the size of its delegation and U.S. defence firms Lockheed Martin Corp and Raytheon Co said they would not attend.

“It’s getting worse & more scarier. I fear for my family ,every Singaporean & ppl all over the world.. Can’t our government take up more safety precautions,” Ramesha Beham asked in a Facebook post.

By In Cyprus
Previous article
Unilateral Israeli land annexations would endanger U.S. support – envoy
Next article
Dangerous driving: a look at penalties in other European countries