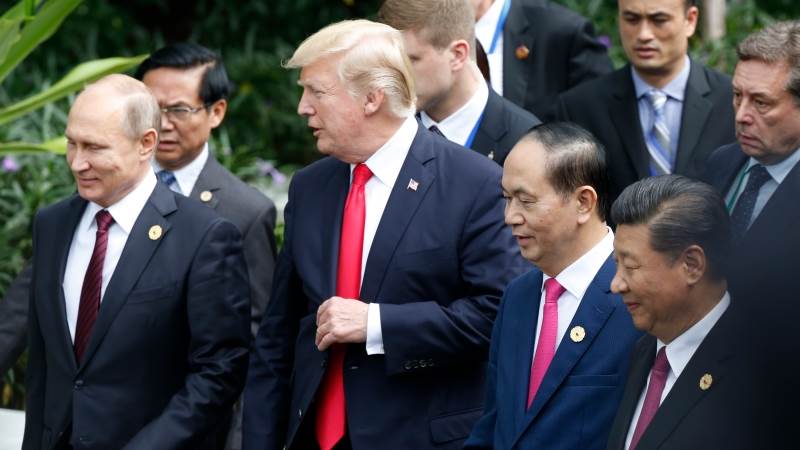 China on Monday dismissed a suggestion that it would talk with the United States and Russia about a new accord limiting nuclear arms, saying it would not take part in any trilateral nuclear disarmament negotiations.

U.S. President Donald Trump said he and Russian President Vladimir Putin discussed on Friday the possibility of the new accord that could eventually include China in what would be a major deal between the globe’s top three atomic powers.

Chinese Foreign Ministry spokesman Geng Shuang said that the country’s nuclear forces were at the “lowest level” of its national security needs, and that they could not be compared to the United States and Russia.

“China opposes any country talking out of turn about China on the issue of arms control, and will not take part in any trilateral negotiations on a nuclear disarmament agreement,” Geng told a daily news briefing, when asked about Trump’s remarks.

China believes that countries with the largest nuclear arsenals have a special responsibility when it comes to nuclear disarmament and should continue to further reduce nuclear weapons in a verifiable and irreversible manner, creating conditions for other countries to participate, he said.

By In Cyprus
Previous articleGHS registrations for minors begin on Monday
Next articleEuropean shares slide as U.S.-China trade tensions return