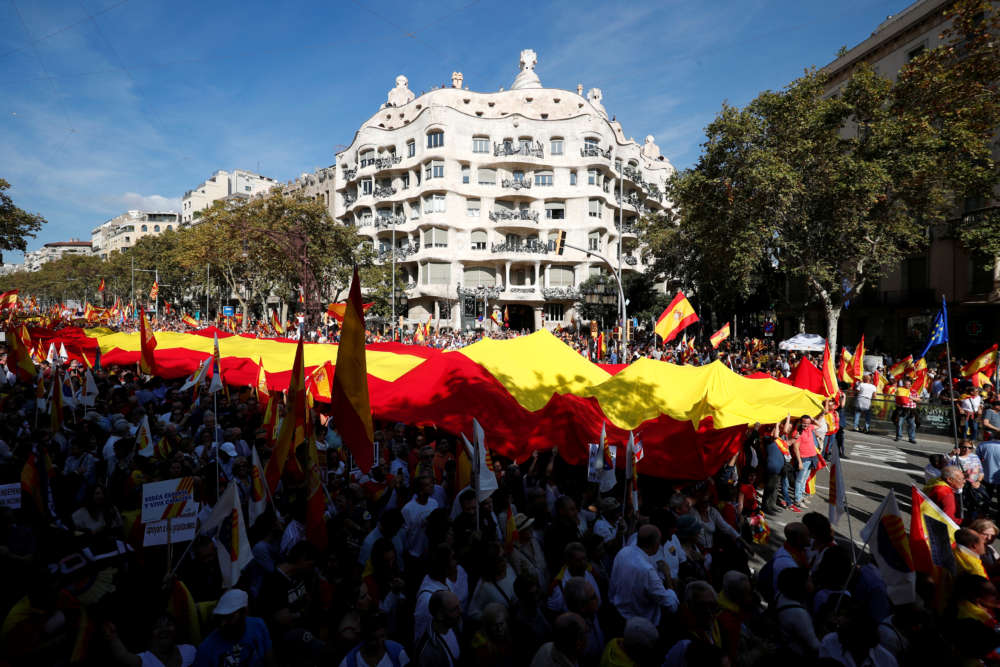 “Unlike the separatists, we neither want nor need frontiers, or walls,” its leader Fernando Sanchez Costa said. Pro-independence regional government head Quim Torra should step down “if he can’t govern for all Catalans”, local newspaper La Vanguardia quoted Sanchez Costa as saying.

Independence is highly divisive in Catalonia, with a poll in July showing 44% backing secession and 48.3% against it.

All Spain’s main political parties have rejected any moves towards Catalan independence, with only left-wing Podemos accepting the possibility of a second referendum, following one that was held in autumn 2017 despite being declared illegal.

Nine Catalan politicians and activists were this month sentenced to long prison terms over their roles in that failed independence bid.