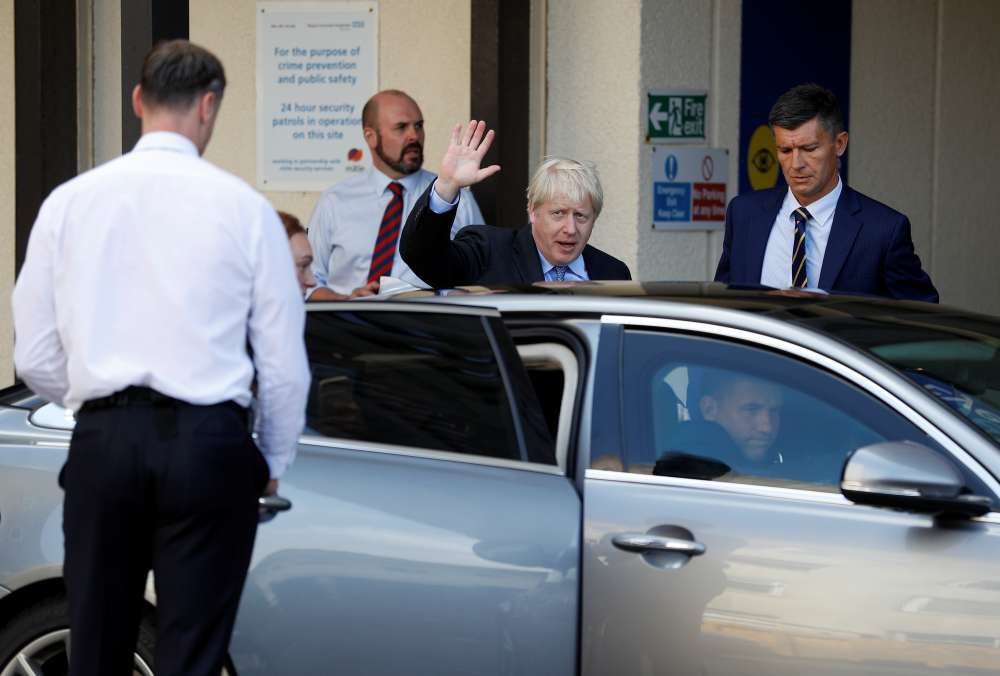 Prime Minister Boris Johnson has fired the opening salvo in his bid to renegotiate Britain’s divorce from the European Union, demanding that an insurance policy for the Irish border be removed from the Brexit deal and replaced with a pledge.

The bloc and its leaders have repeatedly refused to reopen the Withdrawal Agreement, which includes a protocol on the Irish border “backstop” that then-prime minister Theresa May agreed in November.

In his opening bid to the EU ahead of meetings with French President Emmanuel Macron and German Chancellor Angela Merkel this week, Johnson wrote a four-page letter to European Council President Donald Tusk setting out his demands.

The backstop would provisionally keep Britain in a customs union with the EU until a better solution is found to prevent the return of border control infrastructure along the 500-km land border between Ireland and the British province of Northern Ireland.

Border checks of some kind will be required because the remaining EU, its $15.9 trillion economy almost six times the size of Britain’s, needs to protect its ‘single market’, which scraps tariffs and harmonises standards among the member states.

In a call with Johnson, Irish Prime Minister Leo Varadkar reiterated the EU’s position that the Withdrawal Agreement cannot be reopened.

Johnson said his government was committed to the Irish peace agreement and that both sides should ensure there was no return to a hard border on the island of Ireland.

But he said the backstop was unacceptable as it required not only continued membership of the EU’s customs union but also the application of single-market rules in Northern Ireland.

“It presents the whole of the UK with the choice of remaining in a customs union and aligned with those rules, or of seeing Northern Ireland gradually detached from the UK economy across a very broad range of areas,” Johnson said. “Both of those outcomes are unacceptable to the British government.”

He also argued that the backstop risked weakening the delicate balance between pro-Irish nationalists and pro-British unionists embodied by the Good Friday agreement.

Under the current text of the Withdrawal Agreement, the backstop would be invoked at the end of the transition period in 2020, creating a single EU-UK customs territory, including “level playing field” rules ensuring fair competition in areas such as environment, state aid and labour standards.

The clause is designed as a default mechanism to remain in place “unless and until” it is superseded by alternative arrangements that ensure the same outcome.

Brexiteers fear that this would keep Britain dependent on rules set from Brussels over which they would have no say, and hinder their efforts to strike trade deals with third countries – one of the key benefits they see from leaving the EU in the first place. Some pro-Brexit politicians have said it would make Britain a “vassal state”.