Britain would not block death penalty for IS suspects – Daily Telegraph 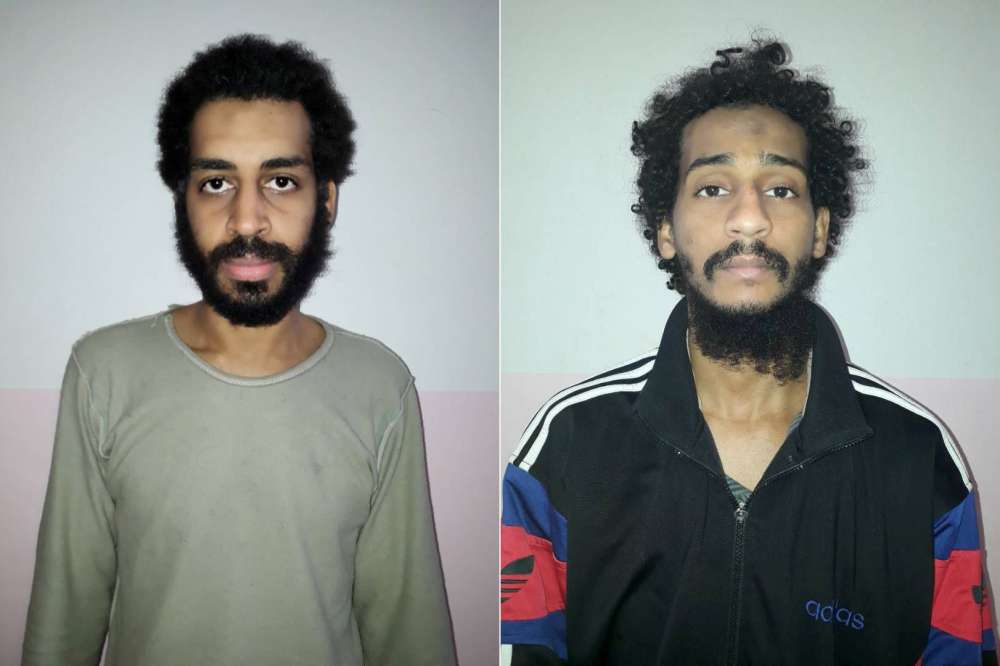 Britain’s interior minister has indicated London would not object to Washington seeking the death penalty against two British Islamic State militants if they are extradited to the United States, the Daily Telegraph reported on Monday.

According to a leaked letter published in the newspaper from British Home Secretary Sajid Javid, Britain was prepared to waive its long-standing objection to executions in the case of captured fighters, Alexanda Kotey and El Shafee Elsheikh.

The two men are suspected of being two of four militants, dubbed the “Beatles” because of their English accents, who took part in the kidnap, torture and murder of Western hostages.

They were captured in Syria in January by a U.S.-backed Syrian force, and Britain and the United States have been in discussions about how and where they should face justice.

According to the Telegraph, Javid wrote to U.S. Attorney General Jeff Sessions saying Britain was not intending to request that the two men be sent to the United Kingdom, saying a successful prosecution in the United States was more likely.

Furthermore, he said Britain would not insist on guarantees the men would not be executed.

“I am of the view that there are strong reasons for not requiring a death penalty assurance in this specific case, so no such assurances will be sought,” the letter said.

“As you are aware, it is the long held position of the UK to seek death penalty assurances, and our decision in this case does not reflect a change in our policy on assistance in US death penalty cases generally, nor the UK Government’s stance on the global abolition of the death penalty.”

A Home Office spokesman said the government would not comment on leaked documents.

“We continue to engage with the U.S. Government on this issue, as we do on a range of national security issues and in the context of our joint determination to tackle international terrorism and combat violent extremism,” the spokesman said in a statement.

“By doing so he is not just playing with the lives of these particular terrorists but those of other Britons – including potentially innocent ones – all over the world,” said Labour’s Shami Chakrabarti.

The Telegraph also reported that other documents suggested that Britain would not oppose the men being sent to the U.S.-run Guantanamo Bay military facility.

However, the Home Office spokesman appeared to reject this saying: “The UK government’s position on Guantanamo Bay is that the detention facility should close.”

The most notorious of the four so called “Beatles” was Mohammed Emwazi, known as “Jihadi John”, who is believed to have been killed in a U.S.-British missile strike in 2015.

The mother of James Foley said she did not want the men to be executed if found guilty.

“I think that would just make them martyrs in their twisted ideology. I would like them held accountable by being sent to prison for the rest of their lives,” Diane Foley told BBC radio.