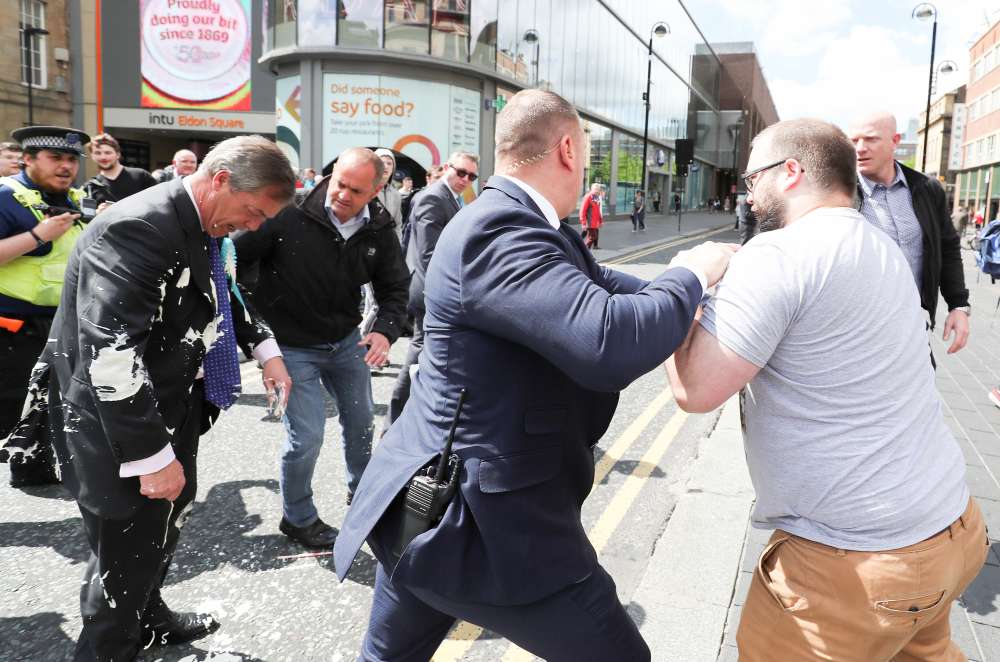 Nigel Farage, the leader of Britain’s Brexit Party, was doused in milkshake by a protestor on Monday, the latest anti-EU figure to be targeted during campaigning for the European Parliament elections.

Farage, one of the leading figures in the campaign for Britain to leave the European Union, was covered in the milkshake at an event in the northern English city of Newcastle.

Shortly after addressing supporters he was hit by a shake thrown by a man in his early thirties, before being escorted away by aides and into a taxi, according to a Reuters witness.

Other anti-EU candidates not associated with the Brexit Party have also been targeted by milkshakes in recent weeks.