Brexit delay will not solve the impasse over deal, PM May says 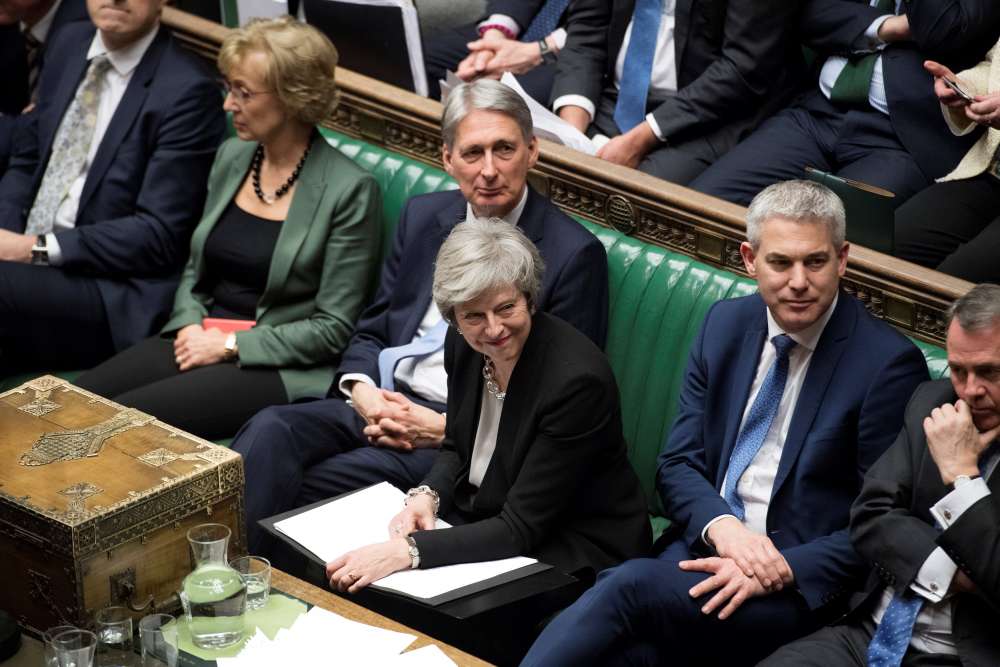 Delaying Britain’s exit from the European Union does not deliver a deal and merely delays the big decision on Brexit, Prime Minister Theresa May said on Monday.

“What it does is precisely what the word ‘delay’ says. It just delays the point at which you come to that decision. And I think that any extension of Article 50, in that sense, isn’t addressing the issue. We have it within our grasp.”

Speaking about talks with EU leaders, May said:

“What I have sensed in all of my conversations with my fellow leaders in Sharm el-Sheikh, and in recent days, is a real determination to find a way through, which allows the UK to leave the EU in a smooth and orderly way with a deal.”

By In Cyprus
Previous article706,327 active mobile subscribers in occupied north – Yeni Duzen
Next articleRetail trade value and volume up by 5.4% in 2018, Statistical Service estimates