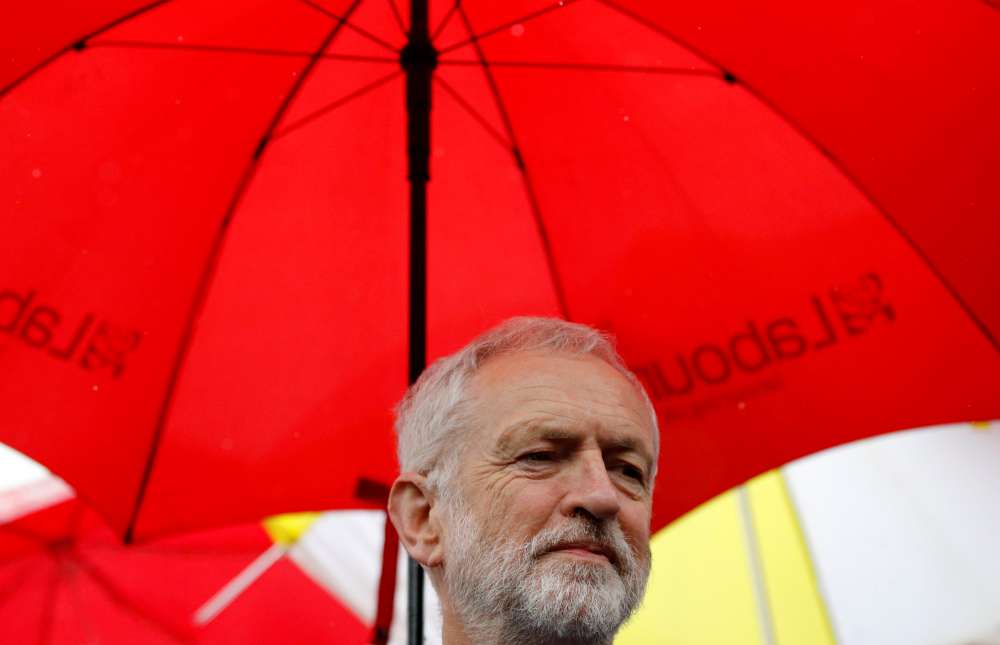 The results of Thursday’s elections are another display of how Britain’s 2016 vote to leave the European Union has split voters beyond traditional party lines, but are also a first indication of the damage Brexit has done to the two big parties.

With almost half of English local council vote results declared, the Conservative Party had lost 443 councillors and Labour had lost 78 councillors, according to a BBC tally.

The main beneficiary of the swing against the two main parties – which are in talks to try to break the impasse in the UK parliament over Brexit – was the pro-EU Liberal Democrats, who had won 304 councillors so far, and said they hoped to make further gains in European Parliament elections on May 23.

Activists said the Liberal Democrats’ clear message that Britain needs a second referendum to break the parliamentary impasse over the terms of Britain’s planned departure from the EU had helped turn the tide.

“We knew that voters were unhappy with the way that the Conservatives had handled Brexit but looks as though they are also unhappy with Labour’s response to the government’s position on Brexit,” he told the BBC.

Smaller parties also gained in the local elections, which traditionally are used as a protest vote against the incumbent party. The Greens, who also back a second Brexit referendum, gained 42 council seats, the partial results showed, and independent candidates won 215 seats.

Labour sources said their party had little to fear from the results so far, saying it was always going to be a “tough” battle in councils that traditionally favour the Conservatives.

Tough was also the word the Conservatives used to describe the local elections, with some pinning the blame for the party’s bad showing on the deadlock in parliament, which has rejected May’s Brexit deal three times.

While offering only a partial and imperfect picture of Britain’s voting intentions, the elections for more than 8,000 seats on councils – administrative bodies responsible for day-to-day decisions – also showed a frustration with local issues.

But for some, the message was clear. “So far (the) message from local elections – ‘Brexit – sort it’,” said John McDonnell, Labour’s finance policy chief. “Message received.”

Nearly three years since the United Kingdom voted 52 percent to 48 percent to leave the EU, there is still no agreement among British politicians about when, how or even if the divorce should take place.

Britain was due to have left the EU on March 29, but May has been unable to get her deal approved by parliament and is now seeking the support of Labour, led by socialist Jeremy Corbyn.

It is still unclear how the deadlock might be broken, though some say May might call a general election, a prospect Curtice said could end in another hung parliament.

The Conservatives had been bracing for big losses in Thursday’s elections – something that could revive calls for May to step down and for a change in Brexit policy.

“People have very categorically said that she is part of the problem,” former Conservative minister and Brexit supporter Priti Patel told BBC TV. “I think we need change, I don’t think we can continue like this.”

Many Conservative eurosceptics fear the newly launched Brexit Party of veteran anti-EU campaigner Nigel Farage, which did not contest the local polls but is expected to do well in the European elections later this month.

Some in Labour said Thursday’s results suggested the party should move to supporting a second referendum, while the Liberal Democrats attributed their success partly to their clear-cut stance on Brexit.

“We’ve seen gains in both Remain and Leave areas, with huge swings to us in both former Conservative and Labour seats,” Luisa Porritt, a LibDem councillor, told Reuters.

“Given our unapologetically anti-Brexit stance, this bodes very well for the upcoming European elections.”

Guy Verhofstadt, the European Parliament’s Brexit coordinator, made his views clear on Twitter. “Congratulations to the LibDems for their excellent results! Real momentum for pro-Europeans in the UK now ahead of #EUelections2019.”