Breaking with Trump, U.S. Republicans press for response to Turkey over Syria 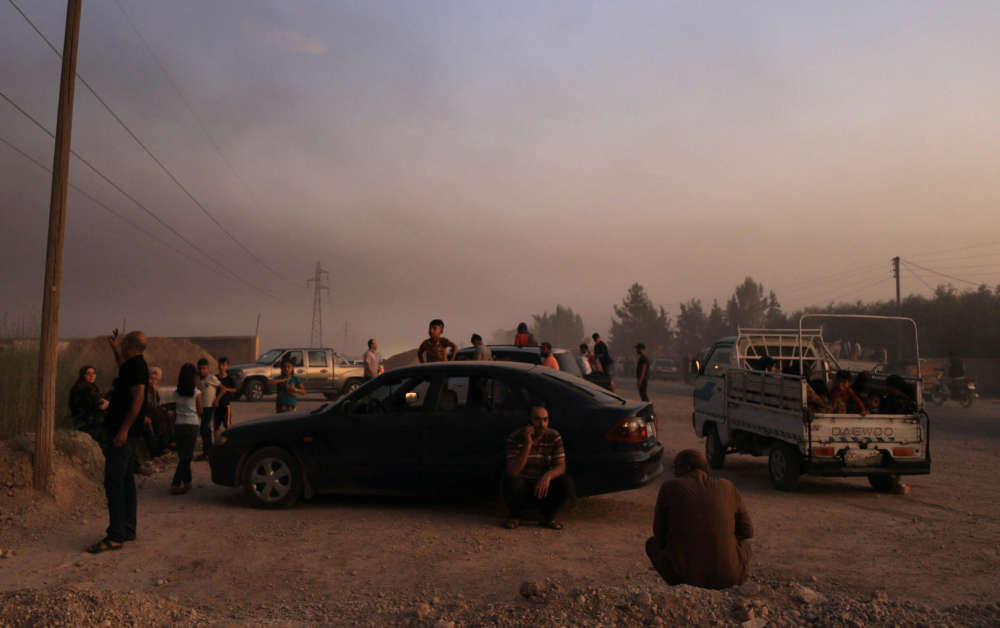 U.S. Republicans condemned President Donald Trump’s Syria policy on Wednesday after Turkey launched a military operation against Kurdish fighters, a rare break from the White House that had some calling for “devastating” sanctions against the NATO ally.

They also would sanction anyone who conducted military transactions with Turkey or supported energy production for use by its armed forces, bar U.S. military assistance to Turkey and require a report on Erdogan’s net worth and assets.

“I am pleased to have reached a bipartisan agreement with Senator Van Hollen on severe sanctions against Turkey for their invasion of Syria,” Graham said in a statement.

“While the Administration refuses to act against Turkey, I expect strong bipartisan support,” he said.

The Turkish military and Syrian rebel allies launched an operation in Syria on Wednesday with air strikes. Erdogan said the operation aimed to eliminate a “terror corridor” along the Turkish border.

Ankara has branded the Syrian Kurdish YPG militia as terrorists because of their ties to militants who have waged an insurgency in Turkey. But many members of Congress, and U.S. officials, credit the Kurds with fighting alongside American troops to defeat Islamic State militants.

Some House Republicans joined in the condemnation.

“Congress must and will act to limit the catastrophic impact of this decision,” Cheney said in a statement.

Other Republicans issued statements questioning what they described as Trump’s decision to “abandon” the Kurds.

The White House did not respond to a request for comment.

Senator Susan Collins called it “terribly unwise,” and added, “Today we are seeing the consequences of that terrible decision. If the reports of Turkish strikes in Syria are accurate, I fear our allies the Kurds could be slaughtered.”

In an interview with the media outlet Axios, Graham predicted that enough Senate Republicans would back sanctions legislation to override a possible Trump veto.

If so, it would be the first veto override of Trump’s presidency after too few Republicans joined Democrats to muster the two-thirds majorities in the Senate and House of Representatives to override his first five.

“The president’s doing this completely against everybody else’s advice,” Graham said. “He will get 100% of the credit if he knows something the rest of us don’t. And he’s going to get 100% of the blame. There’ll be no middle ground.”

In a statement on Twitter on Tuesday, Graham warned Ankara of “sanctions from hell” if it moved into northern Syria. “Wide, deep, and devastating sanctions,” he said.