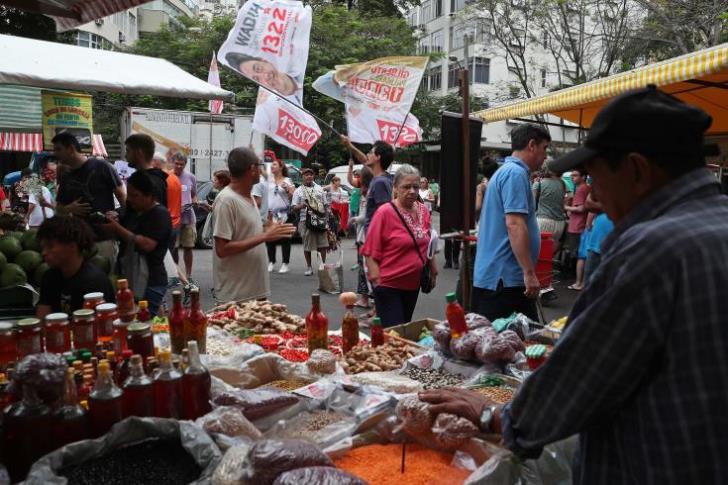 Brazil’s far-right candidate Jair Bolsonaro has increased his lead over leftist Fernando Haddad on the eve of Sunday’s divisive presidential election, but they are deadlocked in a likely run-off vote on Oct. 28, two polls showed on Saturday.

The most polarized election since the end of military rule in 1985 pits Bolsonaro, a former Army captain running on a law-and-order and anti-corruption platform, against Haddad of the Workers Party (PT).

Bolsonaro rose four points to 36 percent in three days, while Haddad dropped one point to 22 percent, the Ibope polling firm said in a survey aired on TV Globo. The Datafolha firm had Bolsonaro up one point at 36 percent and Haddad unchanged at 22 percent since a previous survey two days ago.

Both the Ibope and Datafolha polls showed Bolsonaro and Haddad statistically tied in a run-off vote, required if no candidate takes a majority on Sunday.

Haddad’s support relies on the popularity of his mentor, jailed former President Luiz Inacio Lula da Silva, who was barred from running due to a corruption conviction.

Haddad on Saturday campaigned in the northeastern state of Bahia, Lula’s political heartland, where the 55-year-old recorded a video message alongside the state’s Workers Party Governor Rui Costa, urging his supporters to be wary of the political messages they receive via social media.

About 26 percent of voters say they have yet to decide for whom they will vote, according to a Datafolha poll released on Thursday. That figure was not released for Saturday’s poll.