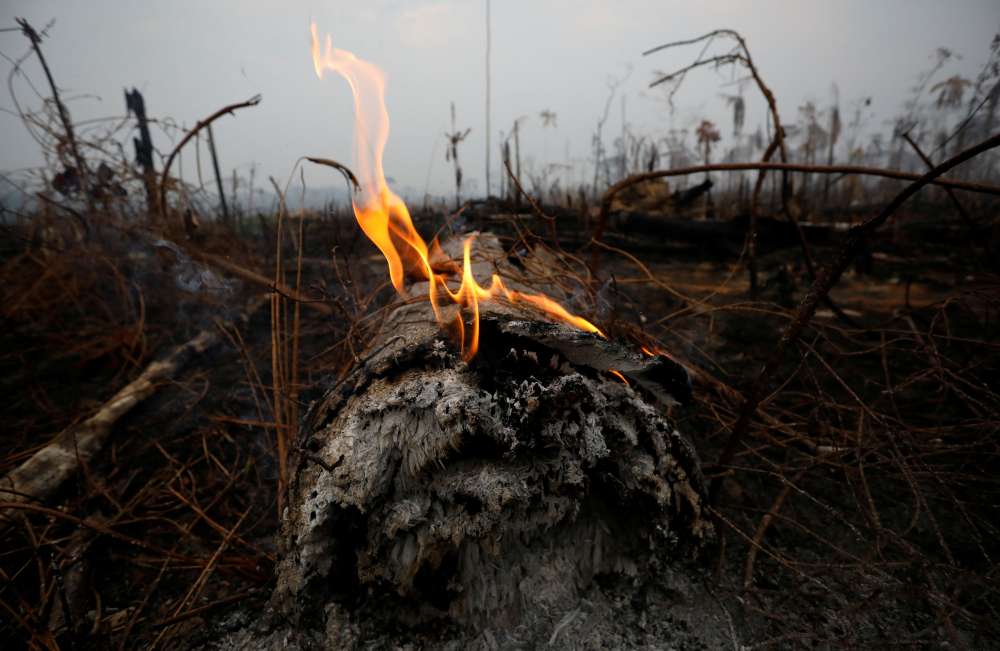 Brazil has 44,000 troops stationed in its northern Amazon region that are available to combat forest fires and could send more from elsewhere in the country, the joint chief of staff for the country’s military said on Saturday.

In a briefing with reporters, joint military chief Raul Botelho and top government officials did not say how many troops would be involved and gave few operational details of how they would be used and where.

President Jair Bolsonaro authorized military support to combat a record number of fires currently ravaging the Amazon in response to an international outcry demanding more protection for the world’s largest tropical rainforest. But under Brazilian law individual states must then request support in order for troops to be deployed.

Environment Minister Ricardo Salles said four of nine Brazilian states in the Amazon have requested support: Para, Rondonia, Roraima and Tocantins. The states of Mato Grosso and Acre are preparing such requests.

On Saturday, fewer than 50 personnel will be sent from Brasilia to Porto Velho in Rondonia state to support operations there, including 30 firefighters and 18 communications specialists, Botelho said in a presentation.