Boxed in by parliament, the puppet master of Brexit plots way out 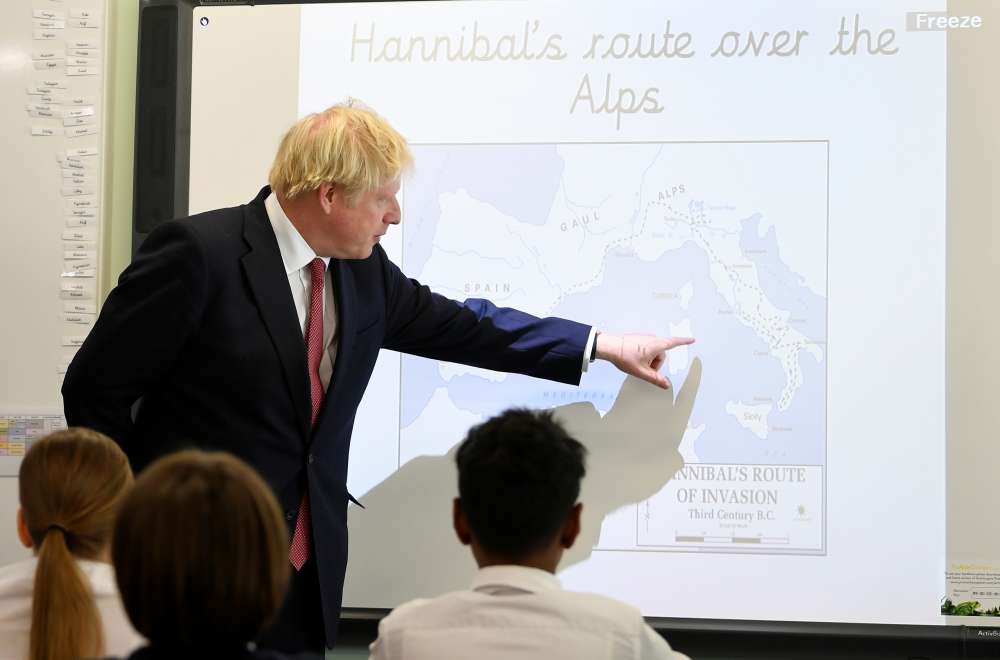 Boxed in by parliament, British Prime Minister Boris Johnson’s next move on the Brexit chessboard will most likely be played with the ruthless bravura that his senior adviser, Dominic Cummings, built his reputation on.

Since Johnson won the top job in July, Britain’s Brexit crisis has spun more furiously, leaving investors and allies bewildered by an array of decisions that diplomats compare to the disorientating style of U.S. President Donald Trump.

Johnson said on Tuesday he would not request an extension to Brexit, hours after a law came into force demanding that he delay until 2020 unless he can strike a divorce deal. Before its suspension, parliament refused his demand for a snap election.

Cummings, the puppet master of Brexit who is cast by enemies variously as an anarchist, Britain’s Rasputin or a political vandal, was serene on Tuesday at the centre of the Brexit maelstrom.

When asked what his next move would be on Brexit, Cummings told Reuters: “You guys should get outside London and go to talk to people who are not rich ‘remainers’.”

Asked if the United Kingdom would leave on Oct. 31, the 47-year-old Oxford graduate said: “Sure.”

If there is a grand strategy, Johnson’s next move will shape the future of the world’s fifth-largest economy for generations; at stake is the fate of the Brexit endeavour, which both sides cast as the United Kingdom’s most significant decision since World War Two.

But the chessboard has several dimensions: Johnson must factor the absence of any majority in parliament and the electoral threat from the Brexit Party of Nigel Farage, which increases if Brexit is delayed beyond Oct. 31.

Ultimately, Johnson has five choices: strike and ratify a deal with the EU in 50 days; renege on his promises to leave the EU on Oct. 31; somehow get around the law; resign to let another leader request a delay; or an election is triggered.

As sterling markets see-saw on the different Brexit outcomes, Johnson says he can get a deal on the last day of the Oct. 17-18 EU summit.

Given there is so little time left, any deal would in effect be a modified version of the Withdrawal Agreement that his predecessor Theresa May struck in November.

“Boris will try to ram through a modified Withdrawal Agreement,” said one Brexit-supporting source. “He’ll pivot to trying to get a deal.”

Cummings, though cast as a Brexit extremist by enemies, was a supporter of a smooth exit from the EU as was his political patron, Michael Gove.

Goldman Sachs said its base case was a deal, giving it 45% probability, but raised its no-deal probability to 25% from 20% and lowered its probability of no Brexit to 30% from 35%

“We think the prime minister will re-engage in Brexit negotiations with the EU, aiming to confront MPs in late October with a binary choice between a Brexit deal and a pre-Brexit general election,” Goldman Sachs said.

But the lack of any majority in parliament has reduced the inclination of the EU to negotiate and even if Johnson did get a deal means he would have trouble ratifying it.

“There is no majority in the House of Commons for anything that Johnson wants,” said one EU official.

“We have no other choice but to see if we can get a deal with them. But so far the UK side has not put anything on the table that would make us think this is really what they are aiming at,” the official said.

There are, though, much more radical options.

Cummings, who alongside fellow campaigner Matthew Elliott, drove Vote Leave to victory in the 2016 referendum is cast by allies as a ruthless strategist who cares little for the conventions of traditional British politics.

He provoked a row inside Westminster when he sacked a 27-year-old adviser to finance minister Sajid Javid. The adviser, Sonia Khan, was escorted by armed police from Downing Street without Javid’s knowledge.

Former Prime Minister John Major cast Cummings as an overmighty “political anarchist” who should be sacked as Johnson’s de-facto chief of staff before he poisoned British politics beyond repair.

Cummings’s response? “Trust the people” – a slogan used by government advisers to cast Johnson’s Brexit-supporting team as the true servants of the people fighting a London political and financial elite that wants to thwart their will.

Foreign Secretary Dominic Raab said on Monday that the United Kingdom was in dangerous territory as voters were concluding that parliament was hindering Brexit. He said the government would respect the law but that interpretations of the law can sometimes be complex.

“At this point, our view is that resignation is the most likely,” U.S. investment bank JPMorgan said. “In our view, neither seeking to defy the law, nor encouraging the EU not to grant an extension, are likely to succeed.”

The Cabinet Manual, which sets out the laws, rules and conventions on the operation of government, says if the prime minister resigns on behalf of the government then Queen Elizabeth will invite the person who appears most likely to be able to command the confidence of lawmakers to serve as prime minister and form a government.

A Conservative Party lawmaker said he thought Johnson would resign soon after the EU summit, ensuring that he is not blamed for any delay to Brexit.

“The question is: what has Cummings got up his sleeve?” said a former Conservative adviser.

“He is one of the smartest people I have ever worked with. He thinks several steps ahead, thrives on chaos and has sat in a bunker for three years thinking about this: so what is he going to do?”