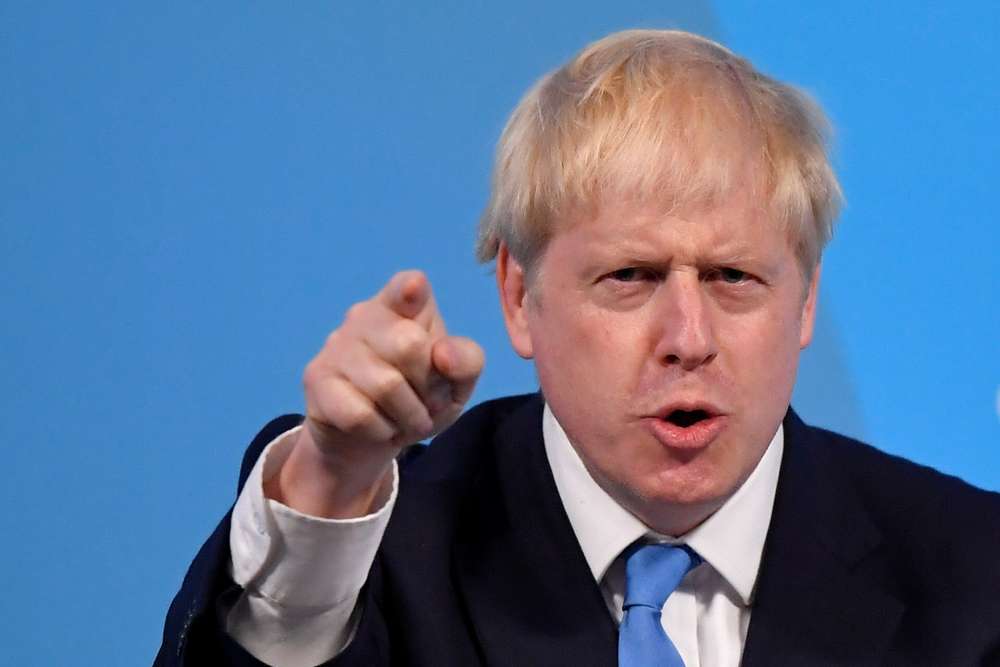 Britain’s incoming prime minister once boasted he could recite from heart the first hundred lines of Homer’s Iliad in ancient Greek.

He confects what appears to be his unrehearsed speech with references ranging from classical antiquity to popular British culture, and courts popularity-enchancing controversy with the occasional use of what are now considered British imperial anachronisms.

“Johnson’s use of language is often a mixture of unexpected metaphors or turns of phrase, hyperbole, and nostalgia, very often with a particularly British twist,” said Philip Seargeant, senior lecturer in applied linguistics at the Open University.

His delivery is important, too, said Seargeant, “because this compliments the mock-heroic turn of phrase with a sense of knowing bluster, which imbues a slight sense of comedy into things.”

The sheer chutzpah of Johnson’s verbal flamboyance has long been one of his hallmarks – from the debating societies of his exclusive boarding school Eton College and later Oxford University to his time as a young newspaper correspondent lampooning the European project from Brussels.

As a politician, he honed his alluring oratory as a television show celebrity and as London mayor. He routinely upstaged leaders of the Conservative Party with speeches at its annual conference that enraptured many grass roots members.

A published author, his books include a biography of his hero and British war leader Winston Churchill. He has received 22,917 pounds ($28,524.79) a month for a weekly column in the Telegraph newspaper.

Behind the verbal acrobatics, though, linguists sense a much more calculating use of language.

“In the public arena he exploits at least the following masks: the rousing orator, the affable conversationalist, and the bumbling amateur,” said Paul Chilton, professor emeritus of Linguistics at Lancaster University.

“He knows what works an audience is to make them laugh, and that this also masks lack of policy, unwillingness to commit, half-truths, untruths and ignorance of facts. They are simply irrelevant in showmanship,” said Chilton.

Johnson, 55, will become Britain’s next prime minister after winning the leadership of the Conservative Party on Tuesday.

He has said his experience as London mayor and later as foreign secretary show he has good grasp of policy and that accusations of untruthfulness are due to quotes being taken out of context.

His use of exaggerated analogies can trigger powerful feelings.

He cast Prime Minister Theresa May’s failed deal as giving Britain the “status of a colony.” And, during the UK’s 2016 Brexit referendum campaign he warned that the European Union was following the path of Adolf Hitler and Napoleon by trying to create a European superstate.

Johnson proposed a “full British Brexit” rather than a “bog roll Brexit,” in a reference to toilet paper.

He also once suggested that then U.S. President Barack Obama, whom he described as “part-Kenyan,” as nurturing an ancestral dislike for the British empire. And, he wrote an obscene limerick about President Tayyip Erdogan of Turkey.

In 2016, during his time as Britain’s foreign secretary, Johnson said that it would take far too long for him to apologize for the “rich thesaurus” of disobliging remarks he’d made about world leaders over the years that were “somehow misconstrued.”

Few modern politicians display their admiration for ancient Greece as much as Britain’s next prime minister – full name Alexander Boris de Pfeffel Johnson, but commonly referred to as simply ‘Boris.’

In a recent interview with talkRADIO, he moved, in minutes, from an admission of making models of London buses out of cardboard boxes to being a fan of Pericles of Athens, a famous Greek statesman and orator who lived in the 5th century BC.

“His occasional use of classical languages serves several purposes – it’s a way of claiming some sort of authority,” said Chilton, who also noted Johnson’s penchant for classical oratorical techniques.

In a speech last week to party members during his party leadership campaign, Johnson brandished a kipper fish and pointed to its freezer packaging to ridicule the absurdity of European Union regulation.

EU law does not require such packaging. Johnson supporters have said he was using the fish as an illustration.

“The kipper turn at the Conservative leadership hustings is in fact an ancient trick of political rhetoric. Cato the Elder is reported to have brought a bunch of fresh Carthaginian grapes to the Roman Senate to make a political point,” said Chilton.

The Johnsonian word-hoard includes phrases that have caused offence, including referring to “piccaninnies” in the Commonwealth, which he later apologized for.

He also has described Muslim women in burkas as looking “like letter boxes.” When recently asked about the comment during a televised debate, Johnson said he was sorry for any offence caused.

As a journalist, his car reviews were drenched in crude sexual metaphors about gearsticks, “chicks” and even an English county “lying back and opening her well-bred legs to be ravished by the Italian stallion” of a Ferrari F430.

Such is Johnson’s unconventional success that he has been compared to U.S. President Donald Trump. Both have praised each other, though New York-born Johnson uses Twitter much more modestly.

“Johnson shares some rhetorical tricks with Trump,” attributing comments that might cause offence to other people, said Seargeant. “This builds in a level of, albeit very specious, deniability,” he added.