Boris Johnson to go up in smoke as bonfire night effigy 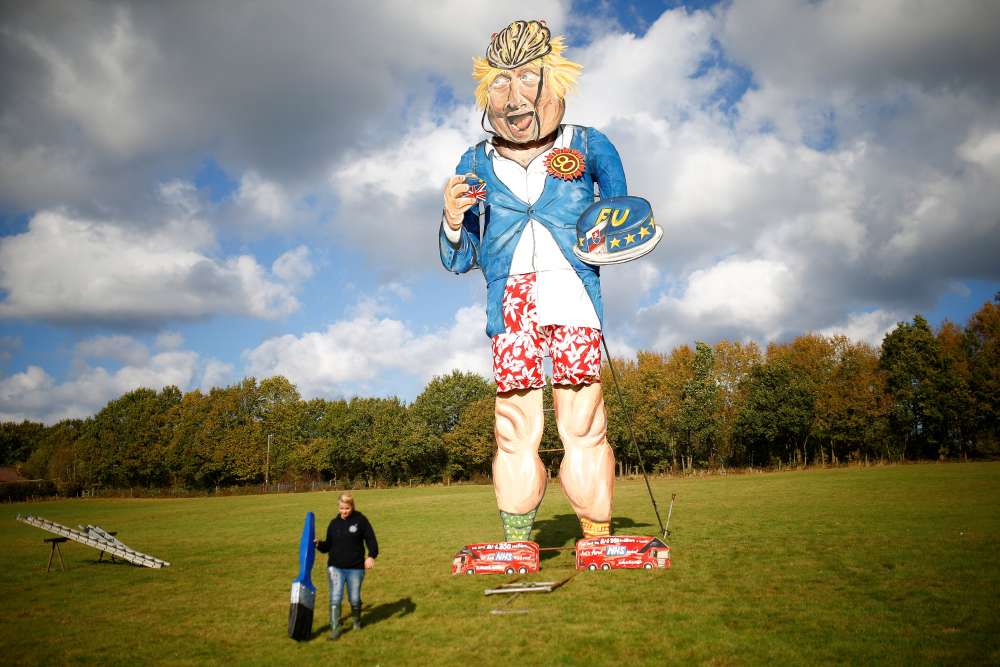 His political enemies may well like to see him disappear in a puff of smoke and now a small town in England plans to grant them their wish by burning a comic effigy of Boris Johnson as part of their annual bonfire night celebrations.

The flamboyant ex-Foreign Secretary and leading light of the 2016 campaign for Britain to leave the European Union – running shorts, cycle helmet and all – will be torched on Saturday in Edenbridge, Kent.

Dozens of towns and villages in Britain hold firework parties and burn effigies in November of Guy Fawkes, the Roman Catholic plotter who tried to blow up parliament in 1605.

“Boris Johnson has been near the top of the list for the last few years running,” said Laura Lawrence of the Edenbridge Bonfire Society.

The 11-metre (36-feet) high effigy took artist Andrea Deans six days to make. He wears a “90” rosette to mark the bonfire society’s 90th anniversary and is portrayed as having his EU cake and eating it.

“I wanted him to come across scruffy because that’s what he appears most of the time, wearing his suit and a helmet at the same time and you can see him running in really peculiar shorts, that’s why we put those on,” she told Reuters.

“Because he appears like that sort of character and also I think, Boris being Boris, he’ll probably see the funny side of it and I’m hoping that he will even come along on Saturday and maybe bring a cake.”

By In Cyprus
Previous articleWinter offers at Cyprus hotels to promote domestic tourism
Next articleUpdated: Lute and Anastasiades meet for two hours