Boeing 767 with three on board crashes near Houston airport 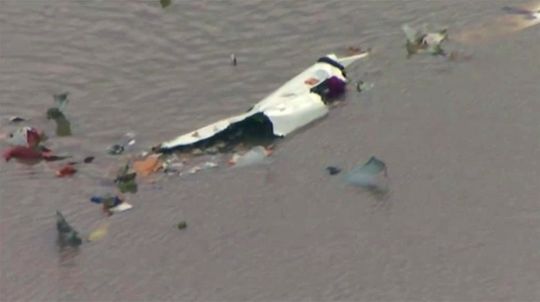 A Boeing 767 cargo jetliner with three people on board crashed into a bay near Houston’s George Bush Intercontinental Airport on Saturday, police and officials said.

Atlas Air Flight 3591 was en route to Houston from Miami when radar and radio contact with the plane was lost about 30 miles (48 km) southeast of the airport, the Federal Aviation Administration said in a statement.

Authorities told media they did not believe there were any survivors.

The National Transportation Safety Board (NTSB) will be in charge of the investigation, the statement said, and FAA investigators were on their way to the crash site.

In a Facebook post, the Chambers County Sheriff’s office said the plane had been located in Jack’s Pocket, at the north end of Trinity Bay near the small city of Anahuac.

Ed Gonzalez, the sheriff of neighboring Harris County, which includes Houston, said on Twitter his office was sending personnel to help with the rescue efforts.

Boeing said on Twitter it was aware of reports of an accident involving a 767 in Texas and was gathering information.

Atlas Air said there were three people on board the aircraft. “Those people and their family members are our top priority at this time,” it said in a statement.

The company, a subsidiary of Atlas Air Worldwide has been operating Boeing 767 freighters on behalf of Amazon following a 2016 deal.

“Our thoughts and prayers are with the flight crew, their families and friends, along with the entire team at Atlas Air, during this terrible tragedy,” Dave Clark, senior vice president of worldwide operations at Amazon, said in a statement.