Blood and treasure or fantasy: What is the UK-US ‘special relationship’? 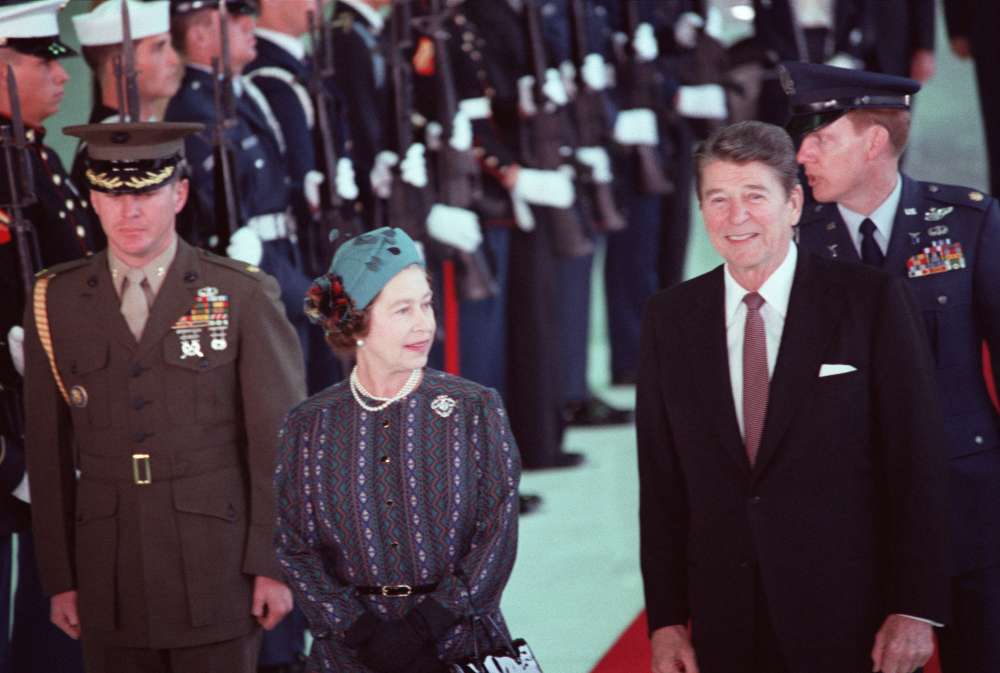 Britain’s so-called special relationship with the United States was one of the most enduring alliances of the 20th century, though Brexit and the presidency of Donald Trump have raised questions about its future.

Trump begins a three-day visit to Britain on Monday almost a year after he created controversy during his last trip by praising Prime Minister Theresa May’s rivals and criticising the way she was handling the Brexit negotiations.

During Trump’s presidency, the alliance with Britain – famously nurtured by Ronald Reagan and Margaret Thatcher in the 1980s – is increasingly fraying.

What is the special relationship, and how do the United States and Britain compare on key measures?

While the European Union accounts for about half of Britain’s external trade, the United States is by far its biggest single trading partner, followed by Germany, the Netherlands, France and China.

Britain, for its part, is the United States’ seventh largest trade partner, after China, Canada, Mexico, Japan, Germany and South Korea. The United States and Britain both report a surplus in goods trade with the other, indicating they are not comparing like with like.

For decades, Washington and London shared a desire to open up world markets to free trade.

The United States, which spends more on its military than the next seven highest-spending countries combined, is proposing to spend $686 billion on defence this year. It has the second largest number of nuclear weapons after Russia.

The U.S. Navy operates a fleet of 14 Ohio-class nuclear submarines, each of which can carry 20 Trident II D5 missiles with multiple, independently-targeted warheads.

Britain, which has the biggest defence budget in the EU, spends about 40 billion pounds ($53 billion) a year. France and Russia are the only other nuclear powers in Europe.

Britain has a fleet of four Vanguard-class submarines, which can each carry 16 Trident II D5 missiles. These are leased from a pool of such missiles that it shares with the U.S. Navy.

The two militaries have fought side-by-side in Europe, Korea, Kuwait, Iraq, the former Yugoslavia, Afghanistan, Libya and Syria. Britain views the U.S.-led NATO alliance as the foundation of its defence.

Trump has demanded that Western allies pay more into NATO. U.S. forces operate out of several military bases in Britain including the Lakenheath, Croughton and Menwith Hill air bases.

Intelligence cooperation between the United States and Britain is extremely close and one of the main areas where the alliance works in practice.

During World War Two, the two countries forged a close intelligence sharing deal that was later extended to include Canada, Australia and New Zealand and became known as the “Five Eyes”.

It brings the United States’ modern, computer-powered technological spying together with Britain’s more traditional human intelligence operations, which are strong in the former Soviet Union, Europe and the Middle East.

Cooperation between the main domestic and foreign spy agencies is close. Because their geographical strengths are complementary, data collected by Britain’s GCHQ eavesdropping agency is of particular use to the U.S. National Security Agency (NSA).

London and New York are the world’s two biggest financial centres. While London is by far the biggest centre for foreign exchange trading and international lending, New York is king for bonds and stocks.

New York overtook London as the globe’s most attractive financial centre last year, according to the Z/Yen global financial centres index, which ranks 100 centres on factors such as infrastructure and access to quality staff.

London dominates the $5.1 trillion-a-day global foreign currency markets: Far more currency is exchanged in London than the United States and the rest of the EU put together.

Wall Street’s S&P 500, an index grouping the stocks of 500 of the largest U.S. corporations, is worth about $25.7 trillion, according to Refinitiv data.

By comparison, the FTSE all-share index, which groups more than 600 shares traded on the London Stock Exchange, is worth about 2.5 trillion pounds.

The U.S. bond market, including government and corporate debt, is worth over $40.7 trillion, according to the Bank for International Settlements, while Britain’s bond market is worth $5.8 trillion.

By In Cyprus
Previous article24 year old missing since July 2018 found and arrested
Next articleWoman and man arrested in connection with theft of €7,000 cross from monastery