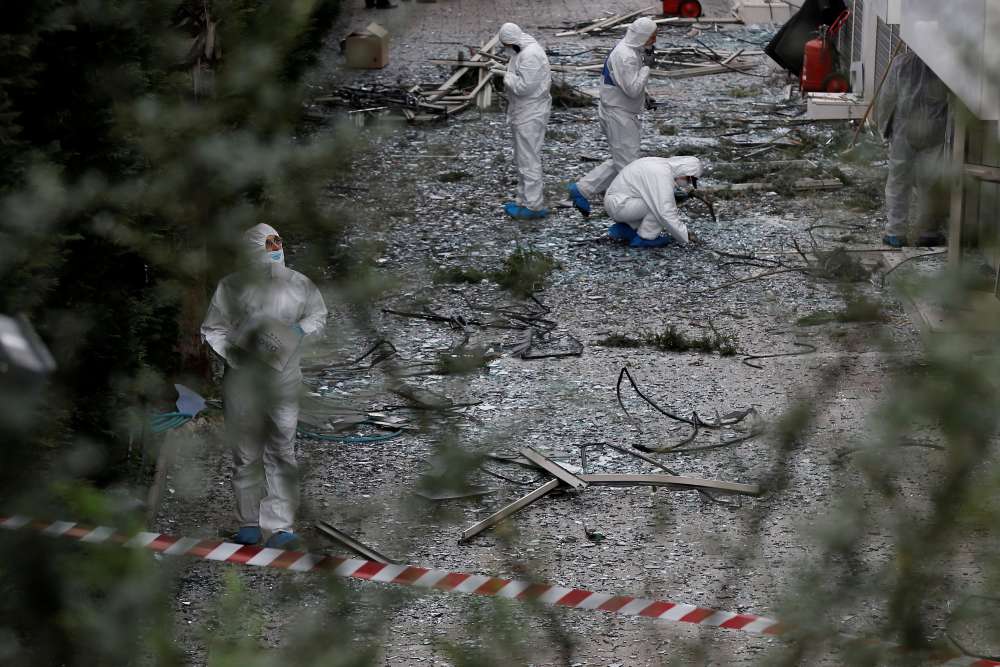 A device exploded near the SKAI TV building in the Greek capital early on Monday, smashing windows on six floors and causing extensive damage to the interior but no injuries.

SKAI is one of Greece’s biggest TV stations and part of a media group which includes a radio station and is affiliated with Greece’s major daily newspaper, Kathimerini.

Police said a makeshift explosive device went off near the SKAI building at 2:35 a.m. following warning calls to two media outlets. On its website, the station said windows were smashed from the first to the sixth floors.

“The material damage is big on almost all floors, with the biggest seen on the third and fourth floors, where employees’ offices are located,” it said. “The picture is disheartening. Suspended ceilings collapsed to the floor, glass windows broke to pieces.”

“Democracy, however, is shielded and of course not threatened,” she said.

Its police correspondent said the device was estimated to contain about 5 kg of explosive materials and placed in a narrow alleyway close to the building.

Footage from inside showed windows blown out with glass strewn across offices.