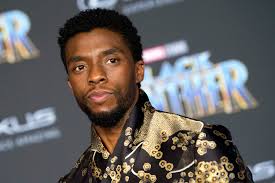 Actor Chadwick Boseman, the “Black Panther” Marvel film star, has died at age 43 after a four-year battle with colon cancer.

Boseman, a native of South Carolina who began his screen career in episodes of television dramas such as “Third Watch,” “Law & Order” and “ER,” passed away at his home, with his wife and family at his side, the statement on Twitter and Facebook said. It did not specify when he died. He resided in Los Angeles.

He made his feature film debut with a small part in the 2008 sports biopic “The Express,” a drama based on the life of college football hero Ernie Davis, the first Black player to win the Heisman trophy.