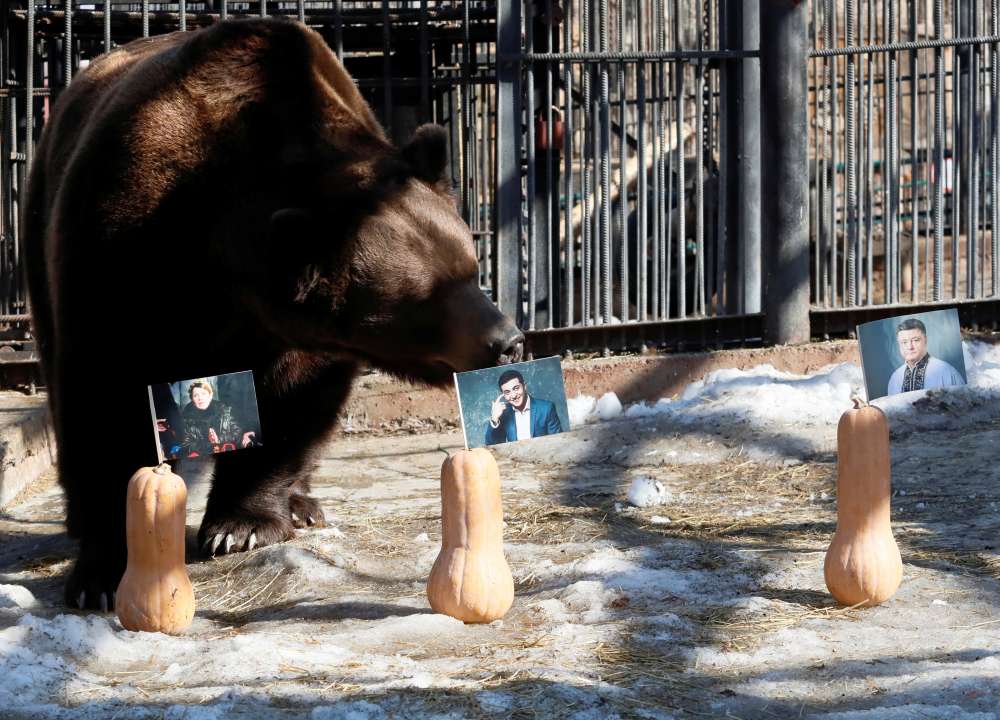 “Anyone but Poroshenko!” cried the crowd in a Russian zoo on Thursday as a brown bear made its way towards a butternut squash bearing a picture of Ukrainian President Petro Poroshenko.

Buyan, resident of a zoo on the outskirts of Russia’s Krasnoyarask city, was choosing among three squashes, each adorned with a flag depicting the main candidates in Ukraine’s presidential election taking place on Sunday.

It was not the first time the zoo has asked its inhabitants to make predictions in major contests. Last year, Buyan placed his bet in the soccer World Cup – and got it wrong.

On Thursday, with families watching, Buyan made his way out of his enclosure and approached a squash with a flag showing candidate Yulia Tymoshenko, a former prime minister who latest polls suggest will come third in the first round of the presidential race.

After a quick sniff, Buyan, whose name means “ruffian” in Russian, knocked over the squash and wandered past.

He then made his way over to candidate Volodymyr Zelenskiy, a comic actor who plays a president in a popular Ukrainian TV show. But despite Zelenskiy’s clear lead in opinion polls, he barely caught Buyan‘s attention.

Instead, Buyan headed for the Poroshenko squash, pulled out its flag, and ate the vegetable.

Though a clear prediction of a Poroshenko victory, this may not be the positive omen the incumbent, who is running for a second term in office, would like it to be.

Buyan‘s previous attempt at a prediction in a major competition – a choice between the French and Croatian teams during the World Cup final – was incorrect.

Moreover a second prediction, by a female polar bear called Avrora, was more in line with the polls.

After some deliberating, Avrora selected a slab of raw pork bearing a photo of current front-runner Zelenskiy. 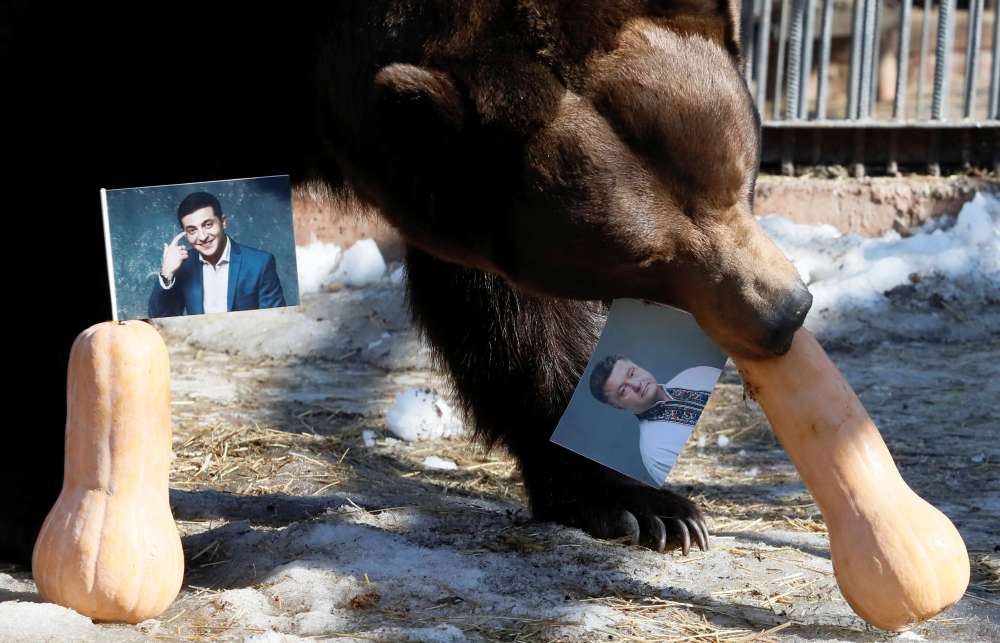