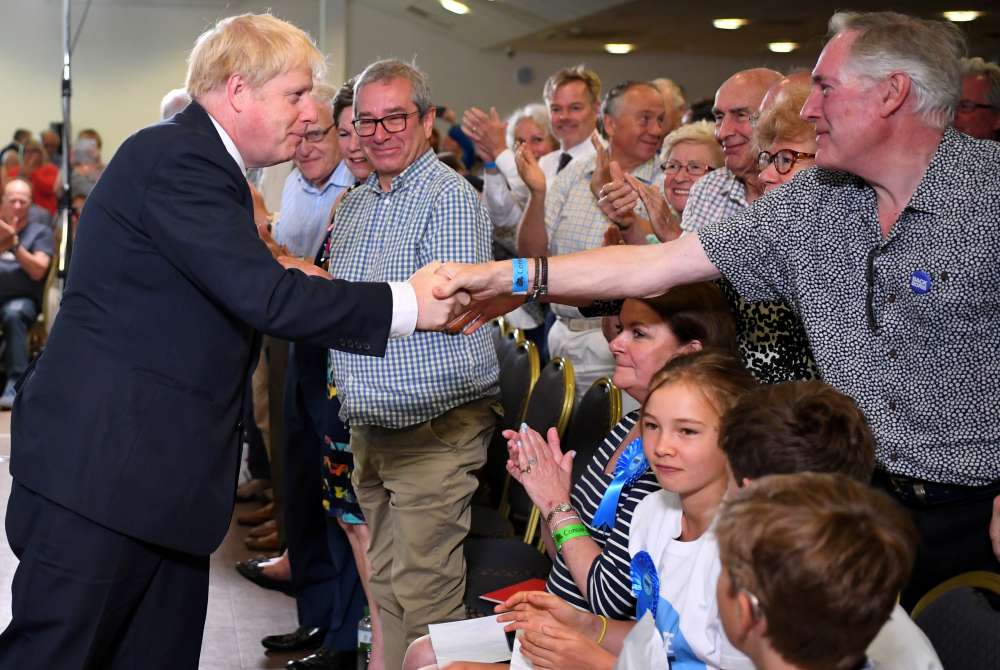 The British Broadcasting Corporation agreed to cut a crude remark made by Boris Johnson about the French while he was Britain’s foreign minister after the government said it could upset relations, a newspaper said.

Johnson, the leading contender to replace Prime Minister Theresa May, cast the French as “turds” but the BBC did not air the remark after the Foreign Office begged for it to be cut from a documentary about the ministry’s work, the Daily Mail said.

“We negotiated the removal of one potentially awkward moment where the former foreign secretary calls the French ‘turds’ so as not to distract from the rest of the programme,” the paper quoted a leaked Foreign Office memo as saying.

Asked about its decision, the BBC told Reuters: “The programme set out to reflect the realities of life inside the Foreign Office, the production team made judgements about what was in the programme and they are satisfied that the programme achieves its ambitions and has the content they wanted.”

The Foreign Office did not respond to requests for comment.

Asked about the report, Johnson said on Friday he had no recollection of making the comment.

When the documentary series was aired in November, after Johnson had resigned as foreign secretary, the BBC kept in a remark that France was “shafting Britain”.

At the time Johnson made the comment, the British government was engaged in negotiations with the European Union over its planned departure from the bloc. Johnson was a leading campaigner for Brexit before the June 2016 referendum on whether to leave the EU..

A junior Foreign Office minister, Alan Duncan, who is a supporter of Johnson’s rival Jeremy Hunt in the race to lead the Conservative Party and succeed May, said he could imagine worry over Johnson’s remarks. He was working at the ministry at the time.

“There were always some pretty bumpy moments when we thought ‘we don’t want that to appear’ and I imagine that there were discussions between the Foreign Office and the Beeb (BBC) saying ‘please don’t put that in, or that, or that, or that’ and this was perhaps one of them,” Duncan told BBC radio.

Despite a series of scandals in the past and criticism about his attention to detail, Johnson has dominated the race since May announced last month that she would step down after failing to get her Brexit deal through parliament.