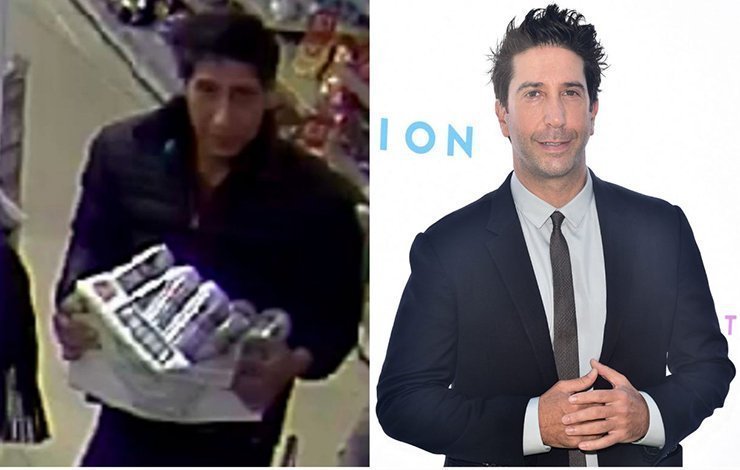 A UK police force’s image of a robbery suspect who looks like actor David Schwimmer has drawn thousands of responses on social media, according to the BBC.

Blackpool police posted a picture of a suspect on Facebook showing him as he left a restaurant carrying what looked like a crate of cans.

Within minutes, fans of the sitcom had bombarded Blackpool Police’s Facebook post with jokes inspired by show.

Police later said Schwimmer was not in the UK at the time of the offence, BBC reported.

“Thank you to everyone for your speedy responses. We have investigated this matter thoroughly and have confirmed that David Schwimmer was in America on this date,” they wrote.

As comments on the post descended into something of a Friends quote-fest, a number of the 50,000 users who chipped in referenced the show’s chart-topping theme song.

“I don’t think it’s been this guy’s day, his week, his month or even his year,” wrote Nick Croston, while Olly Byrne quipped: “I’m suprised you’ve not found him… it’s like you’re always stuck in second gear.”

Others, such as Joe Richardson, riffed on some of Ross’s most well-known quotes.

While Jay Murdoch wrote: “Apparently the police had him cornered then he performed a pivot manoeuvre and escaped.”

Craig Thompson added: “I saw him behind me in the shop around that time.. just as I was paying for MY SANDWICH.”

Scottish police also got in on the act, with bobbies in Dumfries and Galloway sharing the post and warning members of the public to “keep away” from the suspect.

“He is known to have studied Karate and we believe he has mastered the art of Unagi, the state of total awareness,” they wrote.

However, some commentators reminded their fellow Friends fans that a real-life crime had been committed.

“He’s a thief and it’s serious,” wrote Grace Higham. “But these comments are hilarious.”

The suspect is wanted for the alleged theft of a jacket, wallet and mobile from the restaurant. Police released the CCTV image of the suspect buying beer from a shop.

Police appealed for anyone with brand new information about the theft, which took place at Mr Basrai’s restaurant on Talbot Road 20 September, to contact them.