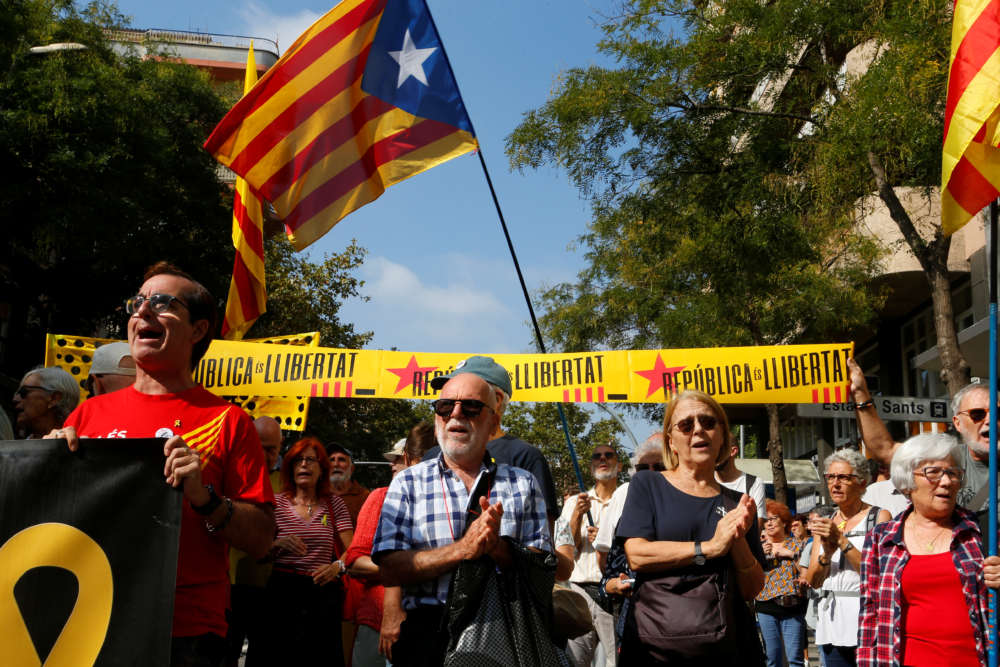 Barcelona’s rescheduled La Liga game at home to Real Madrid is set to take place on Dec. 18 as both clubs came to an agreement after the match, due to be played on Oct. 26, was postponed amid violent political demonstrations in Catalonia.

Following huge protests over the jailing of nine Catalan separatist leaders, the league’s organising body made an official request to the RFEF this week for the ‘Clasico’ to be rearranged, which was approved on Friday.

The federation ordered the two clubs to arrange a new date before a deadline of Oct. 21, and the two sides said later on Friday they wanted the game to take place on Dec. 18.

“In light of the ruling which postpones the match between Barcelona and Real Madrid and states the clubs must agree a new date, Real Madrid wishes to communicate that the date proposed by both clubs is Dec. 18,” said Real’s statement.

In a separate statement, Barca said they had argued in favour of the game still taking place on Oct. 26 and had opposed La Liga’s plan to move it from the Camp Nou to Real’s Santiago Bernabeu.

Barca added that they had “utmost confidence in the civic and pacific attitude of its fans and members”, also apologising to supporters who were inconvenienced by the decision and saying tickets purchased would be refunded.

Real coach Zinedine Zidane said he and his players would accept any new date for the fixture, also calling the images of violence in Catalonia “difficult”.

Hundreds of thousands of demonstrators waving pro-independence flags and chanting “freedom for political prisoners” joined marches across Catalonia on Friday, the fifth day of protests.

An official from Barcelona town hall said around 10 trees were set on fire on Thursday. Regional police said 16 people were arrested across Catalonia on Thursday, while health officials said medical aid was provided to 42 people.

Manchester City coach Pep Guardiola, a former Barcelona player and their most successful ever manager, called on European countries to try to resolve the crisis.

“The international community must help us to solve the conflict of Catalonia and Spain and we need a mediator from outside to sit in and talk,” he said in a news conference ahead of his side’s visit to Crystal Palace in the Premier League. (Reuters)