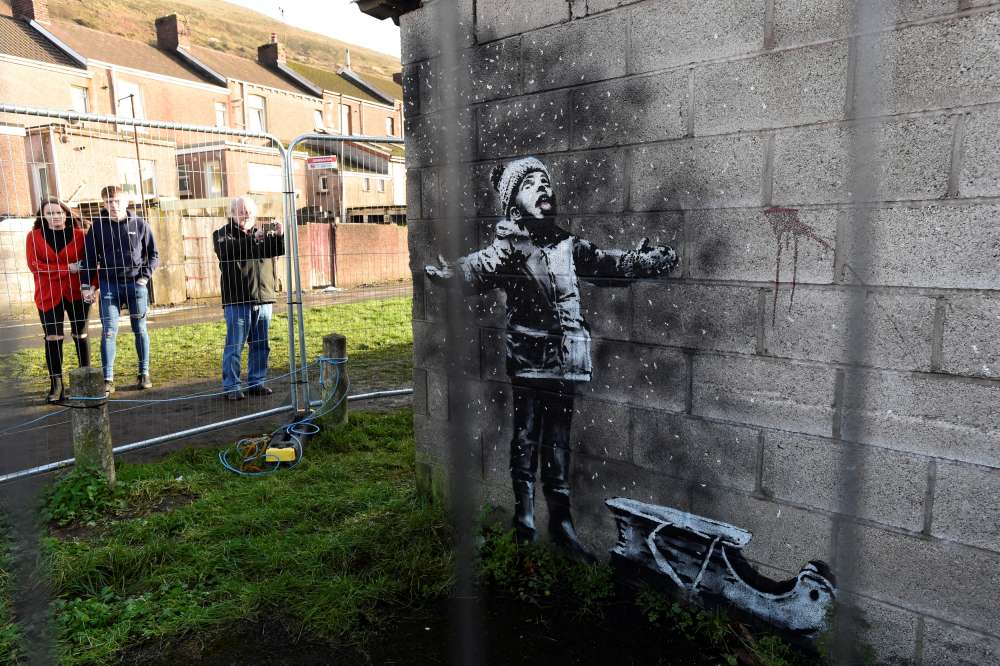 Banksy fans are flocking to the Welsh town of Port Talbot to see a new mural by the elusive British street artist depicting a child covered in snow that is in fact ash from a burning bin.

The subversive artist confirmed on Instagram that the “Season’s Greetings” mural on a breeze block garage wall was genuine. It shows a small boy wrapped up against the cold with his tongue stuck out and arms aloft to catch snow flakes.

The rest of the mural around the corner of the garage shows that the white flakes are in fact ash from an industrial bin.

Port Talbot, on the edge of the Swansea Bay, is home to one of the biggest steelworks in the world, which has recently had to battle for survival. 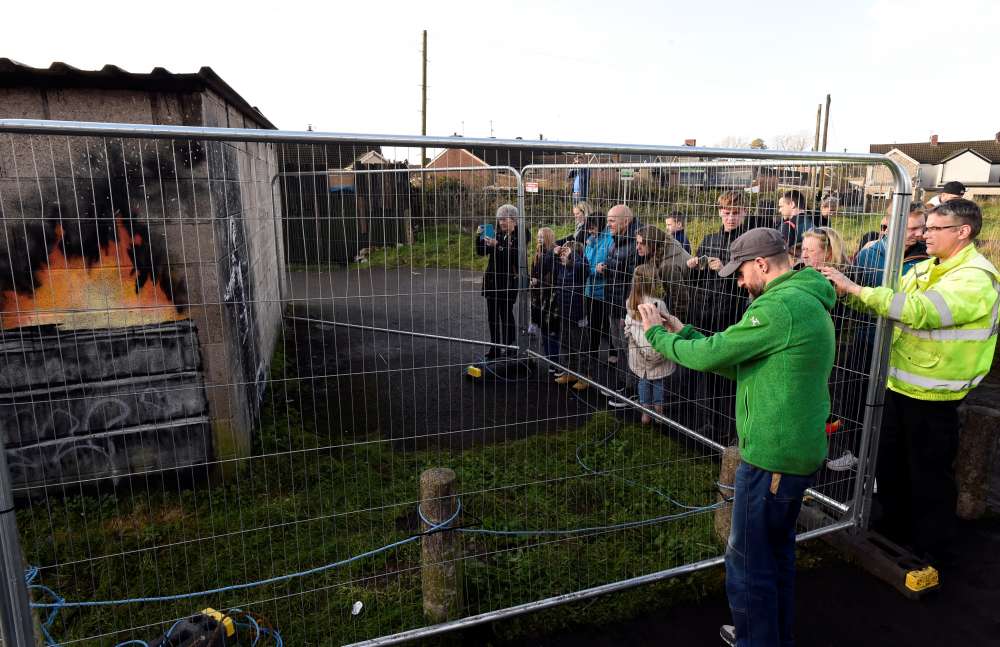 “At least one world class contemporary artist appears to view the interesting mix of peaceful hillsides alongside striking urban and industrial landscapes as a piece of art in itself,” Jones said.

He added that when it came to pollution, Port Talbot was on a par with or cleaner than many other towns and cities, and that its transport connections were very good too.

“Ease of access could perhaps have been one of the many reasons Banksy may have chosen Port Talbot,” he said.

The graffiti artist is known for producing politically charged sketches on walls from New York to Paris and Gaza City.

In one of the artist’s most provocative stunts, a painting of “Girl with Balloon” shredded itself into pieces the moment it sold at auction for more than 1 million pounds ($1.3 million). The buyer went ahead with the purchase. ($1 = 0.7902 pounds)

By In Cyprus
Previous article
VW says diesel scandal cleanup to cost 2 bln euro in 2019 – paper
Next article
Paphos: The alarm didn’t scare off the burglars