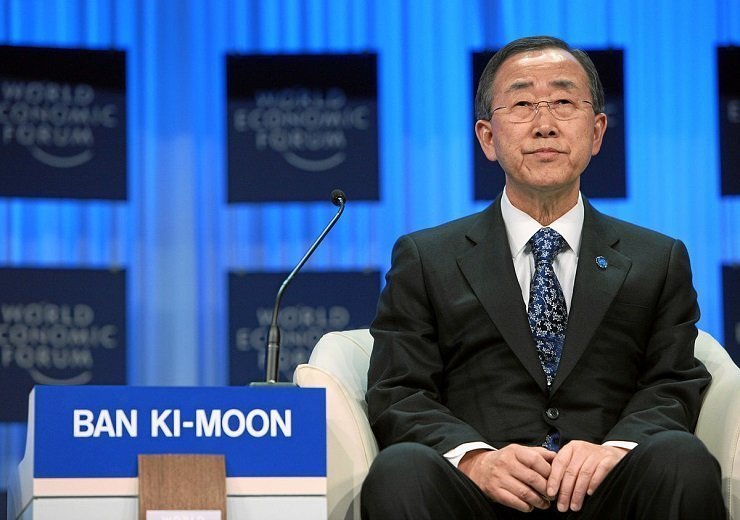 Ban made the comments in an exclusive interview with the Guardian in New York, as part of his work with The Elders, a group founded by Nelson Mandela to work on issues of global importance, including universal health coverage.

The US has the world’s most expensive health system, accounting for nearly one-fifth of American gross domestic product and costing more than $10,348 per American. The United Kingdom, by comparison, spends a little under 10% of GDP according to the latest available statistics, and healthcare is free at the point of delivery.

“It’s not easy to understand why such a country like the United States, the most resourceful and richest country in the world, does not introduce universal health coverage,” said Ban. “Nobody would understand why almost 30 million people are not covered by insurance.”

Failing to provide health coverage, he said, was “unethical” and “politically wrong, morally wrong”. He accused the “powerful” interests of pharmaceutical companies, hospitals and doctors that “inhibit the American government” of having prevented the US from moving towards universal healthcare.

Despite astronomical spending on health, millions in the US live entirely outside the health system, uninsured and unable to go to the doctor without incurring hundreds or thousands in debt. Since President Trump was elected, an additional 4 million people have lost health coverage, according to a recent survey by the Commonwealth Fund.

“It seems with Trump just undoing Obamacare, people were not happy first of all,” said Ban, about health reforms enacted to weaken elements of the Affordable Care Act, former President Barack Obama’s signature healthcare law. “Ironically, it might have motivated people to think other ways, and influence their senators, and their Congressman to think the other way.”

Ban revealed he had his own run-ins with the American healthcare system. While he was Secretary General between January 2007 and December 2016, the UN provided him with American health insurance. About three years ago, he set out to pick up a prescription at a pharmacy, but forgot his insurance card. A worker at the pharmacy told him that without insurance, his prescription would cost $200. If he came back with his insurance card, it would be $20.

“It was totally unfair,” said Ban. “People like myself can afford [this]. But poor people cannot afford it. They do not have any support.”

“While swearing in as Secretary General, I pledged I would make this world better for all,” he said. “Nobody would imagine that there should be so many people – 30 million people – who would be left behind” in the US.

Health coverage has become a major issue ahead of the Congressional midterm elections in November, which are widely seen as a referendum on Trump’s America.

Progressive Democrats have called for Congress to enact “Medicare-for-all”, a proposal to expand the public health program which covers all Americans older than 65. Establishment Democrats have argued for expansions of Obamacare.

As well, four conservative states are attempting to expand Medicaid, the public health insurance program for the poor and disabled, through a ballot referendum.

Trump and Republicans have worked to make health coverage more exclusive. The Trump administration has allowed states to add work requirements to public health programs for the poor and disabled, and Republicans ended a requirement for Americans to buy private health insurance when they cut taxes.

Ban blamed the “sectoral interests” of pharmaceutical companies, hospitals and doctors, “which inhibit the American government” for hindering moves towards a universal health coverage plan.

“Here, the political interest groups are so, so powerful,” Ban said. “Even president, Congress, Senators and Representatives of the House, they cannot do much so they are easily influenced by these special interest groups.”