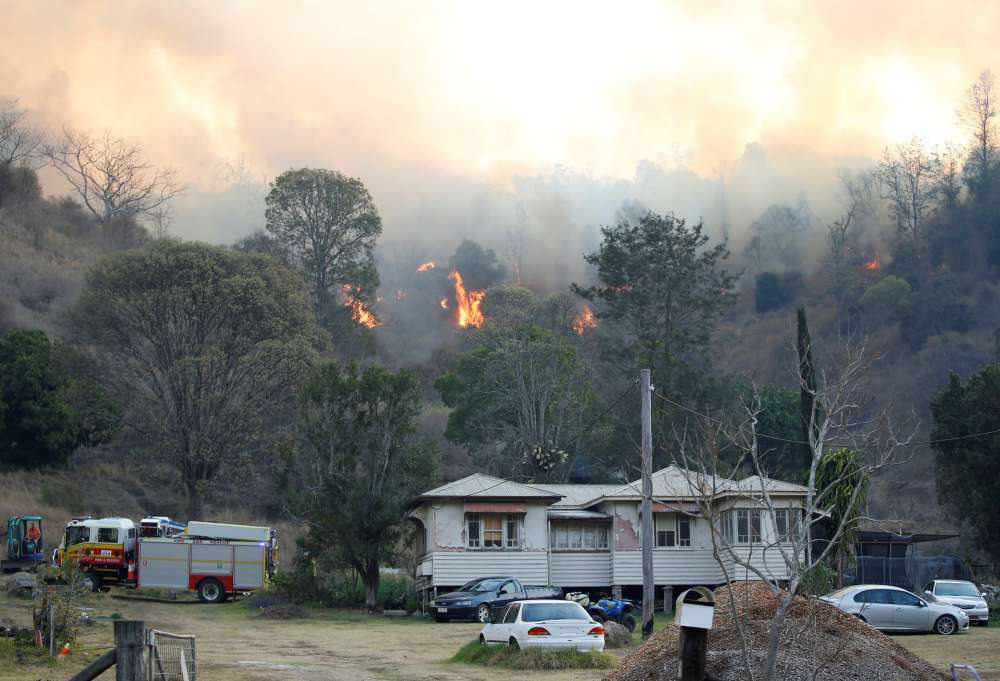 Australian firefighters battled strong winds and fast-moving blazes on Saturday as they worked to contain out-of-control bushfires that have destroyed at least 21 homes across two states on the country’s east coast.

More than 100 fires were burning in the states of Queensland and New South Wales on Saturday, with the nation’s weather bureau forecasting little reprieve for firefighters due to dry conditions caused by drought and little rainfall over winter.

In the north-eastern state of Queensland, Premier Annastacia Palaszczuk said 51 fires were active on Saturday and 17 homes had been destroyed, with the risk posed by fires remaining high for several days despite temperatures cooling.

“We are not out of this yet, the conditions are incredibly dry,” Palaszczuk told journalists on Saturday.

In New South Wales, Australia’s most populous state, more than 65 bush and grass fires were burning on Saturday, with the state’s Rural Fire Service (RFS) placing an emergency warning on three fires.

“More than 500 firefighters continue to protect homes [and] work to control fires in difficult conditions,” the RFS said in a statement.

The first week of the Australian spring hasn’t historically been a period of high fire danger but the country’s east coast has suffered through two years of below average rainfall, creating drought conditions in wide parts of the country.

Hot temperatures, low humidity, dry conditions and strong winds stoked blazes on Friday, with Shane Fitzsimmons, the RFS commissioner, describing it as one of the worst fire days on record.

“Working with the Bureau of Meteorology, looking through our data records, we can’t find records where fire danger ratings have been this high this early in the year in the history of data available,” the Australian Broadcasting Corporation quoted Fitzsimmons as saying.