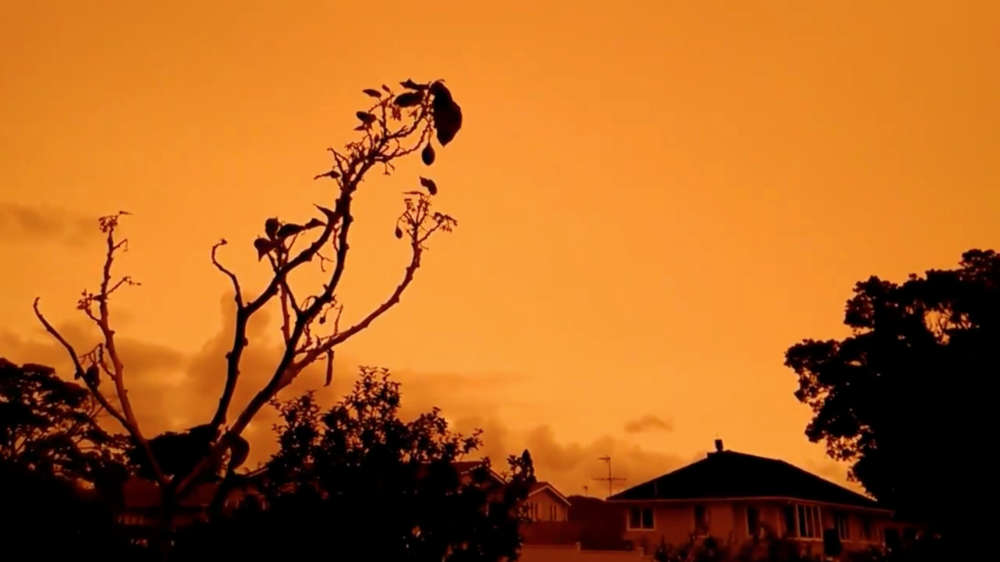 Smoke from raging bush fires in Australia blanketed parts of neighbouring New Zealand on Sunday, turning the sky over Auckland a bright orange.

The city is more than 2,000 kilometres (1,200 miles) from southeastern Australia, parts of which have been devastated by bush fires that have raged for months.

Local police have asked residents to stop calling the nation’s emergency hotline to report the issue.

Zimena Dormer-Didovich told Reuters that it was unsettling and felt “apocalyptic”.

“We’re in Auckland, New Zealand. That’s why this is so shocking to us – we’re so far away yet this smoke is so intense,” Dormer-Didovich said, adding how the few hours of exposure to the smoke were being felt.

“My 14-year-old’s asthma is playing up, and I’m starting to notice that my breathing is slightly affected too.”

The bush fires in Australia have killed 24 people, destroyed more than 1,500 homes and burnt through more than 5.25 million hectares (13 million acres) since September.

By Annie Charalambous
Previous articleAtlantia CEO warns of bankruptcy risk if concession revoked
Next articleSlow process of justice in Cyprus does not honour it, says Minister