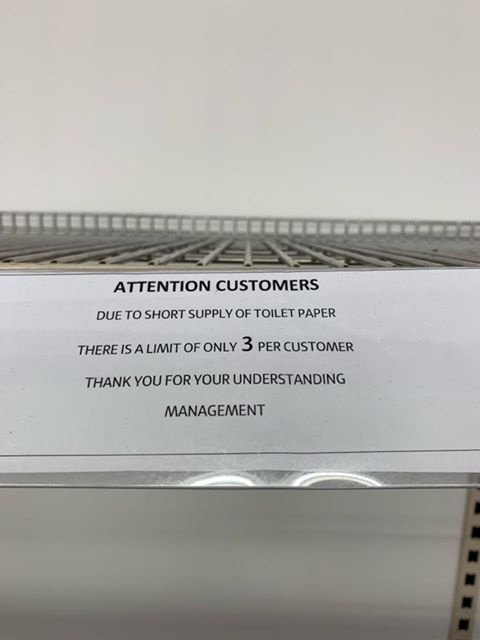 A delivery truck carrying toilet paper has burst into flames in the Australian city of Brisbane, ratcheting up a sense of panic about the availability of the product generated by the coronavirus outbreak.

Shoppers have swept the shelves clean of toilet paper all week and supermarket chains Woolworths and Coles have had to limit the amount people can buy.

The government has urged people not to stockpile it and Prime Minister Scott Morrison has even tried to calm consumers worries about the tissue, as Australia’s tally of coronavirus infections has climbed to 53. It has had two deaths.

The truck caught fire after its engine exploded in the suburbs of Australia’s third-largest city late on Wednesday, police and firefighting services said.

The driver escaped without injury and the cargo, including toilet paper, was also largely unaffected.

The fire, nevertheless, grabbed headlines and added to growing worry about the availability of toilet paper, which Australia’s chief medical officer, Brendan Murphy, tried again to ease on Thursday.

“There is no reason to denude the shelves of lavatory paper in the supermarkets,” Murphy told a news conference in Canberra.

Some media have taken the opportunity to poke fun at the toilet paper panic.

The NT News, a newspaper known for its tongue-in-cheek antics, published eight blank pages in the middle of its Thursday edition saying it was giving readers what they needed.

“When you place restriction notices in front of consumers, and they read for the first time in their entire lives that something like toilet paper, which they’ve always assumed to be a basic necessity, (is restricted), you think ‘that’s something I can’t live without, I must not live without, therefore I just stockpile’,”