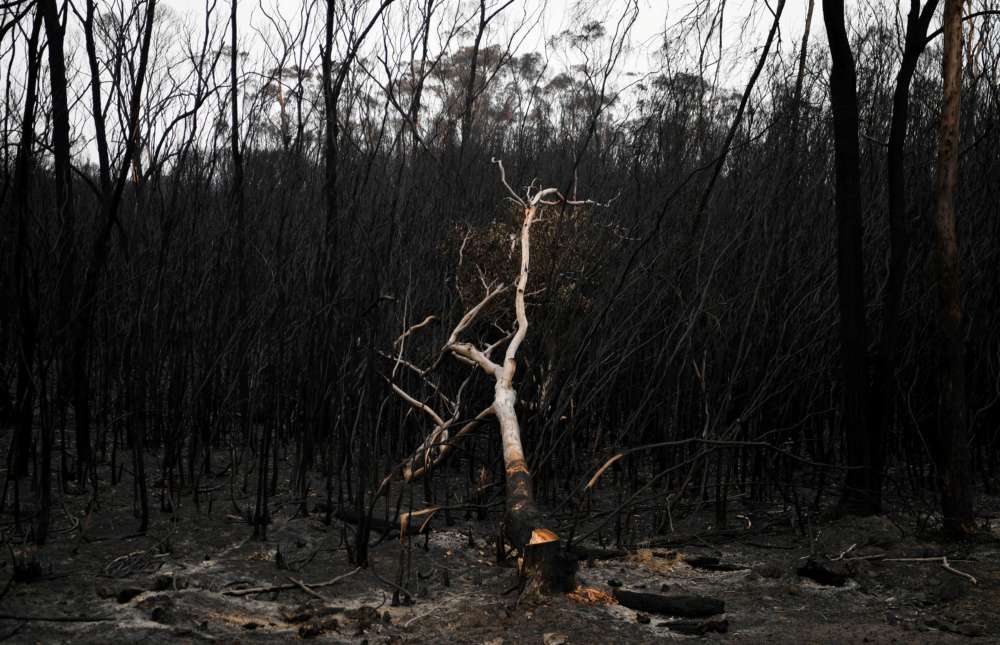 After weeks of criticism over the handling of the bushfires scorching Australia, Prime Minister Scott Morrison said on Sunday he will propose a national review into the response to the disaster, as the fires claimed another firefighter’s life.

With the Australian bush burning for nearly three months now, killing 28 people, claiming 2,000 homes and raging across millions of acres of land and wildlife, the crisis is becoming increasingly political.

“There is obviously a need for a national review of the response,” Morrison said in an interview with ABC television.

Asked whether it should be a Royal Commission, a powerful judicial inquiry, Morrison said, “I think that is what would be necessary and I will be taking a proposal through the cabinet to that end, but it must be done with consultations with the states and territories.”

Bushfires are common during Australia’s summer months, but this fire season started unusually early, often moving quickly and unpredictably, and leaving swaths of the drought-stricken land a scorched earth.

Cooler weather conditions over the weekend have brought a temporary respite, but a firefighter died on duty in Victoria, where new flames sparked. Authorities said the risk was far from over and more hot weather is expected.

Smoke again sheathed Sydney on Sunday, almost a new normal for the country’s biggest city, moving the air quality into hazardous territory, according to the NSW Department of Primary Industry index.

Facing increasing pressure to do more to tackle climate change, Morrison, who has so far been defiant in rejecting any links between his government’s conservative climate policies and the bushfires, said his government will look into improving its performance on curbing emissions.

“We want to reduce emissions and do the best job we possibly can and get better and better and better at it,” he said. “I want to do that with a balanced policy which recognises Australia’s broader national economic interests and social interest.”

Morrison rejected criticism that his government had not done enough before the bushfire season started, but he admitted that once the fires started, some responses could have been different.

“There are things I could have handled on the ground much better,” he said. “These are sensitive environments, there are very emotional environments; prime ministers are flesh and blood too in how they engage with people.”

Opposition leader Anthony Albanese said on Sunday that the federal government should have acted earlier to address the disaster.

“The fact is that bushfires don’t recognise state and territory boundaries,” Albanese told reporters, according to a transcript provided by his media office. “And nor should the need for national leadership.” Here are key events in the crisis:

* Since October, thousands of Australians have been subjected to repeat evacuations as huge and unpredictable fires scorched more than 10.3 million hectares (25.5 million acres), an area roughly the size of South Korea.

* Across New South Wales, 123 fires were still burning on Sunday, 47 of them not yet contained, but none at emergency level. More than 2,000 homes have been destroyed in the state.

* A number of fires burning in the Snowy Mountains region in New South Wales and across into Victoria have merged across more than 600,000 hectares (1.5 million acres) of land. They do not pose a threat, authorities say, despite being in an area hard to reach.

* The government said on Sunday more mental health support services will be provided to firefighters, emergency personnel, individuals and communities. The government is providing A$76 million ($52 million) in areas including counselling and healthcare consultations.

* Western Australia Department of Fire and Emergency Services said on Sunday an out of control and unpredictable fire that is moving slowly in the state’s south, poses a possible threat to lives and homes in the area.

* South Australia said on Sunday that more than 32,000 livestock animals, mostly sheep, have died in recent fires on Kangaroo Island, while fire services are working to strengthen containment lines ahead of expected worsening weather conditions on Monday.

* Thousands of Australians took to the streets on Friday to protest against government inaction on climate change, and were supported by protesters in London.

* Australia’s wildfires have dwarfed other recent catastrophic blazes, with its burnt terrain more than twice the extent of that ravaged by 2019 fires in Brazil, California and Indonesia combined.

* Westpac estimated total bushfire losses to date at about A$5 billion, higher than the 2009 bushfires in Victoria but smaller than the Queensland floods in 2010/11. It forecast a hit of 0.2% to 0.5% on gross domestic product.

* The Insurance Council of Australia increased to more than A$900 million its estimate of damage claims from the fires, and they are expected to jump further.

* Morrison has pledged A$2 billion to a newly created National Bushfire Recovery Agency.

* About 100 firefighters from the United States and Canada are helping, with another 140 expected in coming weeks.

* The New Zealand Defence Force said on Friday it was sending more health personnel, boosting its support for Australia, which had already included helicopters, aircraft and crew.

* Smoke has drifted across the Pacific, affecting cities in South America, and may have reached the Antarctic, the U.N.’s World Meteorological Organization said.