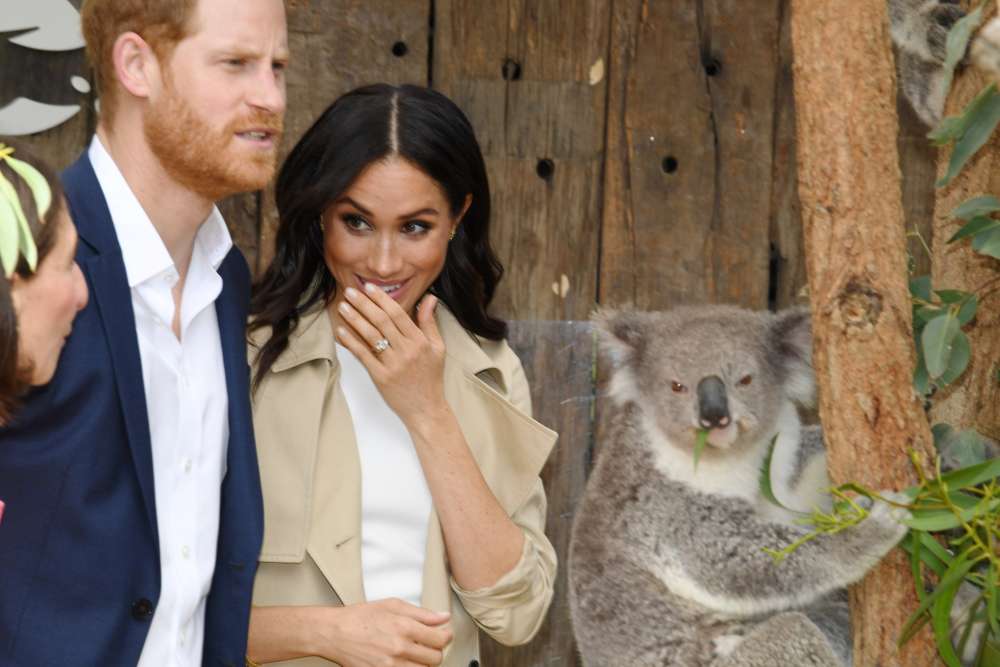 Crowds thronged the Sydney Opera House and shores of the city’s sparkling harbour on Tuesday to catch a glimpse of Prince Harry and his wife Meghan during their first public appearances in Australia since the announcement they were expecting a child.

Kensington Palace said on Monday the Duke and Duchess of Sussex were expecting their first baby in the northern spring. The child will be seventh in line to the British throne and Queen Elizabeth’s eighth great-grandchild.

The royal couple started their official tour of Australia on Tuesday and were ferried across the harbour to greet cheering crowds packed in front of the Opera House, which was opened by Harry’s grandmother almost nearly 45 years ago.

“I want to see the royal couple. They are young, a breath of fresh air for the royal family and Australians love them,” said Marvin Lester, who has attended every royal visit to Australia since 1954.

“There’s a lot of feeling for a republic here in Australia but I admire having a royal family,” he said.

Australia, a constitutional monarchy whose head of state is the British monarch, voted in 1999 against becoming a republic.

Support for a republic is hovering around 50 percent according to a January poll, a level largely unchanged in recent years, and there is little appetite to put the issue back on the agenda during Elizabeth’s reign.

Governor-General Sir Peter Cosgrove, the queen’s representative in Australia, presented the couple with their first baby gifts, a stuffed kangaroo and a tiny pair of fleece-lined Ugg boots.

The visit to Australia is their first overseas tour since Harry, 34, married the U.S. television star Meghan Markle in May. The trip will also take the couple to New Zealand and the South Pacific islands of Tonga and Fiji.

The royal couple met some native Australian wildlife during a visit to Taronga Zoo in Sydney early on Tuesday, where zookeepers described the 3,500 animals there as “excited to meet them”.

Thousands of people gathered across the harbour at the Opera House, where the couple later shook hands and embraced members of the public.

Australian Prime Minster Scott Morrison was among the first world leaders to congratulate them on the news of Meghan’s pregnancy.

“We are looking forward to celebrating that good news while they are enjoying their stay here in Australia,” Morrison told a news conference in Canberra.

It is the second tour of Australia by the younger generation of royals after Prince William, Kate, and their eldest son, George, visited in 2014.

Their trip coincides with the Invictus Games to be held in Sydney from Oct. 20-27. The games founded by Harry are an international paralympic-style event for military personnel wounded in action.

Morrison, a constitutional monarchist, took over as prime minister in August after a party-room revolt ousted Malcolm Turnbull, a former chairman of the Australian Republican Movement.