Athens gets snow as Greece shivers in record cold spell 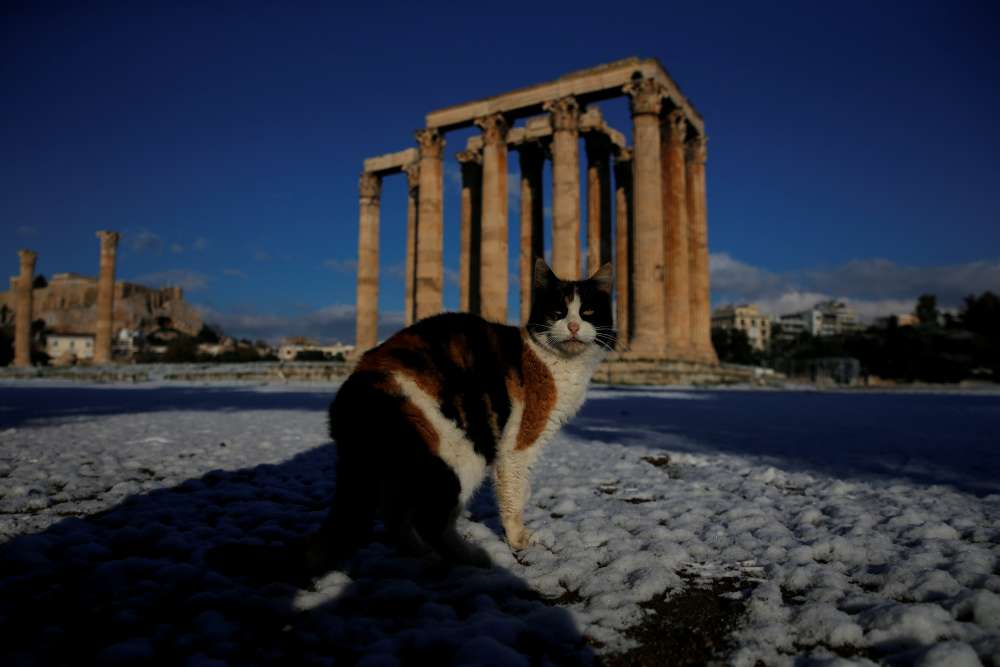 The ancient monuments in Athens got a rare dusting of snow on Tuesday as temperatures across Greece hit record lows, bringing transport to a standstill in some areas.

While early morning tourists at the Acropolis were treated to a snow-globe scene, locals had to contend with roads made impassable by ice and many schools were closed in the Athens region.

In northern Greece, where an all-time low of -23 degrees Celsius (-9 Fahrenheit) was recorded in the city of Florina, highways, rail and bus services were disrupted.

Heavy rain and snow was reported on the Mediterranean island of Cyprus, which is more used to protracted periods of drought.