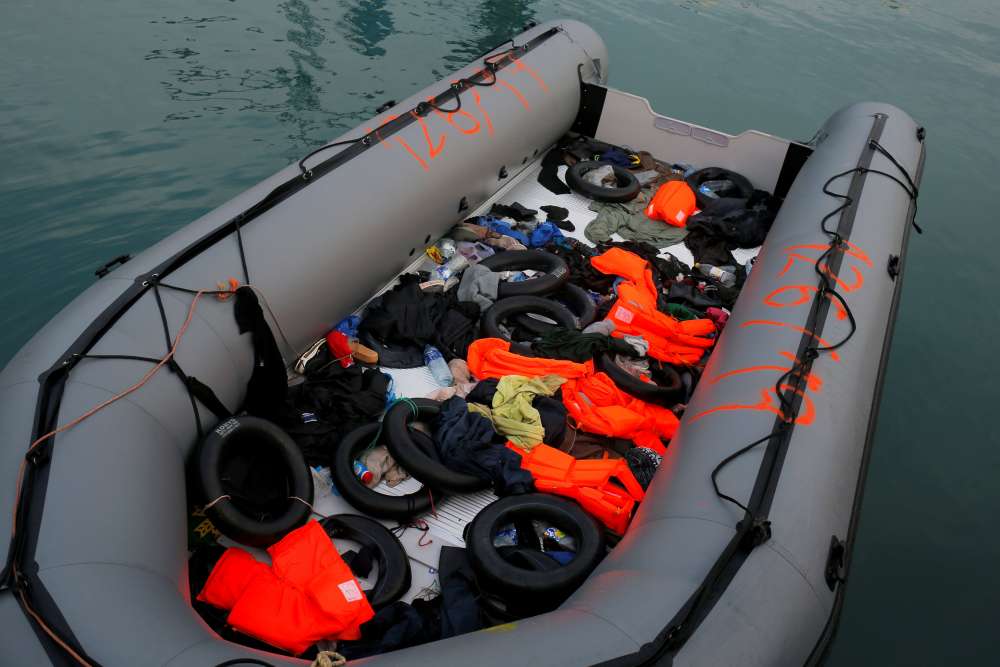 At least three people died at sea on Friday after a rubber dinghy carrying around 20 migrants ran into trouble in the Mediterranean some 100 km north of Tripoli, an Italian navy official said.

Three people had been saved while the others were missing, the Italian navy said.

Rear Admiral Fabio Agostini told state TV channel RaiNews24 a military plane on sea patrol had first sighted the dinghy sinking in rough waters and had thrown two safety rafts into the water before leaving due to a lack of fuel.

A helicopter dispatched from a naval ship had then rescued three people, who were suffering from severe hypothermia and were taken to hospital on the island of Lampedusa.

“During this operation at least three bodies were seen in the water who appeared to be dead,” Agostini said.

The Italian navy said in a statement rescue operations, coordinated by the Libyan Rescue Coordination Centre, had concluded after the search for the dinghy proved fruitless.

“As long as European ports will remain open … sea-traffickers will continue to do business and kill people,” Italian Interior Minister Matteo Salvini said in a Facebook post late on Friday.

Since Italy’s populist government came to power in June, Salvini, leader of the anti-migrant League, has closed Italian ports to humanitarian vessels.

According to the International Organisation for Migration (IOM), 4,449 people arrived in Europe in the first 16 days of the year, almost all by sea, compared with 2,964 in the same period of 2018.