As workers sweat, pressure grows on employers to turn down the heat 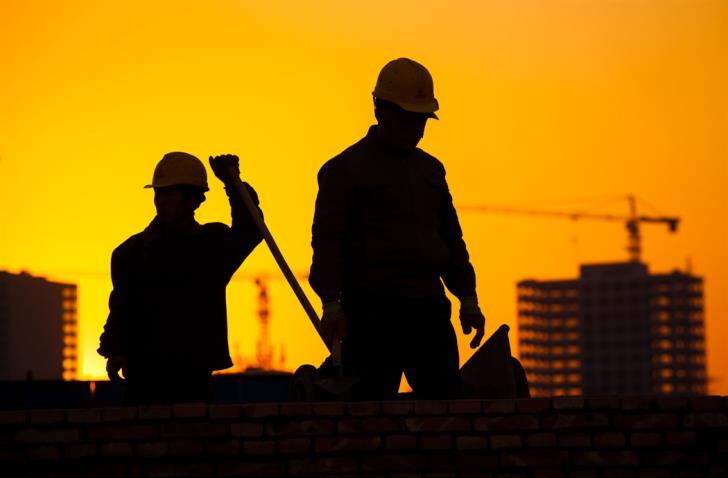 After a survey of more than 1,600 outdoor workers and slum dwellers in Vietnam’s steamy cities revealed two-thirds experienced symptoms of heat exhaustion during heatwaves, the Red Cross decided to set up drop-in cooling centres to help.

Funded by aid money released a few days ahead of a forecast heat spike, the centres – in tents and buses – offer a cool place to rest and rehydrate, with staff trained to spot medical problems.

Following successful tests in 2019 – with 70-95% of visitors, including street vendors and builders, reporting they felt better – the humanitarian agency now hopes to expand the effort to reach up to 25,000 people in Hanoi, Hai Phong and Danang.

But this summer, there is a potential complication – the coronavirus pandemic, said Jerome Faucet who heads up the German Red Cross project office in Vietnam.

The country has reported nearly 550 cases and no deaths until its first two on Friday, but Danang is now seeing a jump in infections. Faucet said restrictions to curb the spread of COVID-19 could stop the cooling centres opening in a heatwave.

If they are deployed, there will be hand-washing stations at the entrance, better ventilation inside and compulsory mask-wearing, Faucet told an online event this week on heat stress and work.

Organised by the Global Heat Health Information Network (GHHIN), expert speakers said occupational health threats to workers from heat – in sectors from mining to construction and agriculture – are growing as the planet warms.

A new report out this week from the nonprofit Natural Resources Defense Council warned of a dangerous confluence of climate stresses and COVID-19 hitting both outdoor and indoor workers in the United States.

They include firefighters already battling an active wildfire season in the west, public health nurses conducting outdoor COVID-19 tests, and teachers who may return to classrooms lacking air conditioning this fall, it said.

Orlando Green, a school bus owner and operator who lives in Slidell, Louisiana, said in the report he had seen heat “get way out of normal range” in his lifetime, making his job a lot harder as his passengers become agitated.

“During the humid summers, with all 40 kids crowded inside, the heat index can reach around 105 degrees (Fahrenheit) in the bus,” he said, noting those conditions were not conducive to the children’s health, good behaviour or learning.

“I hope that elected officials at every level start supporting solutions to this emergency,” he said.

Workplace and heat researchers told the GHHIN event some governments are now waking up to the rising health and economic threat to their workforce from scorching temperatures, exacerbated in many cases by high humidity.

In Cyprus, where summers are very hot, for example, the labour ministry has issued a decree allowing workers to down tools when the thermometer hits 30C (86F), a provision that helps protect their rights, said Tahmina Karimova, a legal officer with the International Labour Organization (ILO).

In a report last year, the ILO calculated the cost of global warming to the world’s workforce, projecting that an increase in heat stress would lead to productivity losses equivalent to 80 million full-time jobs in 2030.

That was based on a conservative 1.5C rise in global average temperatures – the lowest goal adopted in the Paris Agreement – and under conditions of working in the shade.

The two hardest-hit sectors will be agriculture and construction, the report said, with South Asia and West Africa the regions set to lose the most working hours to sweltering heat.

Andreas Flouris, an associate professor at Greece’s University of Thessaly who has researched workers’ experiences of heat on the job and devised ways to help them, said companies had begun responding to the problem in recent years.

One reason is that technology has allowed scientists to monitor more closely what is happening to exposed workers and to calculate the financial consequences for employers, on top of growing concerns about health harm.

“Now that they are also seeing the impact on their bottom line – the economic costs – they are twice as likely to engage in this,” Flouris said.

Heat safety measures have improved, particularly in the construction industry, he said. On a recent project trip to Qatar, which employs many migrant labourers, workers he saw were permitted to take a lot more rest breaks than he had expected.

Yet, while governments have obligations to safeguard workers from heat under international occupational health protocols, few have specific legislation to deal with the threat, experts said.

Flouris is working with the Greek government on introducing such a law into parliament in the next year, and hopes it will have a domino effect in other European countries.

“The responsibility is obviously in the first place on the government – and then it trickles down to the employers,” mainly via regulation, said the ILO’s Karimova.

The ILO believes efforts to deal with the fast-worsening problem of heat should bring workers, businesses and states together in the kind of social dialogues used to tackle other labour challenges such as working hours or pay, she added.

As policy makers and bosses become aware of the need to tackle heat in the workplace, they should assess risks, put plans in place to lower risk and provide training, Flouris said.

In some jobs, such as picking grapes or olives, mechanisation of certain tasks can also relieve the strain.

Since 2016, Flouris has worked to develop an online platform called HEAT-SHIELD that offers employers and staff weather warnings of heat stress and personalised daily guidance on work schedules, including recommended breaks and water intake.

The project has also produced infographics translated into different languages to raise awareness of heat risks to health and how to reduce them.

Flouris said the huge amount of data and evidence collected on the issue in the past decade should start to drive new policies and improve workplace practices in the next two years.

Quantifying the impact on workers accurately “helps convey the message that it’s not only health, it’s not only long-term – it’s right now (and) this month’s paycheck would be bigger by this much if it wasn’t for this problem,” he said.