As Indonesia’s Widodo seeks a second term, rural voters have some doubts 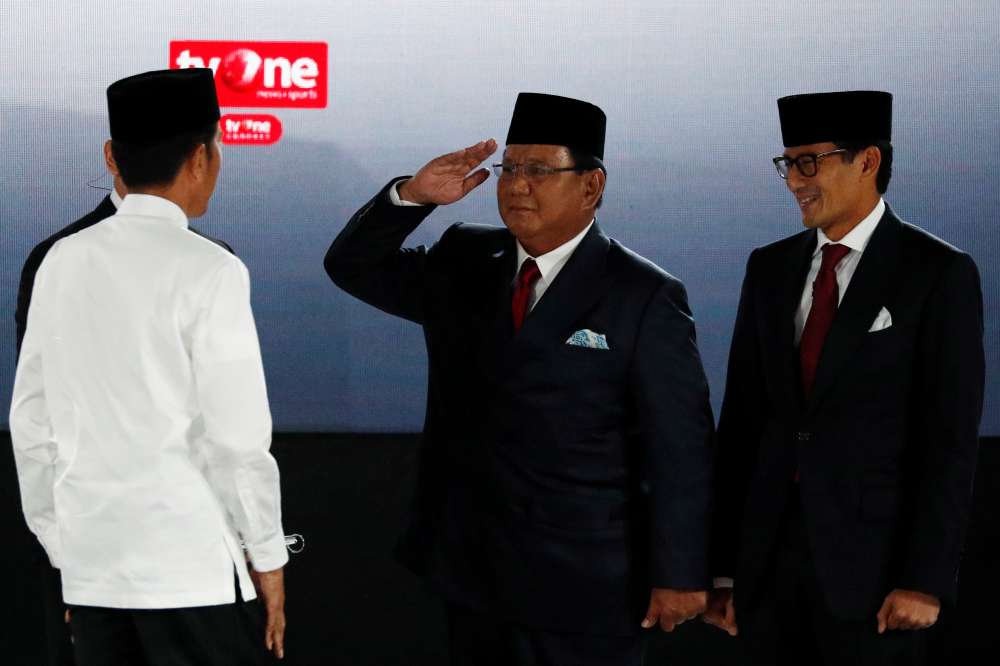 Two months ago, Indonesian farmer Tama harvested several tonnes of shallots from a small plot of land he had rented in the village of Grinting in central Java.

In several ways, Tama had President Joko Widodo to thank for his crop.

The Village Fund programme, launched by Widodo, paid to turn a dirt track between his house and the farm into a paved road. It also brought more electricity, powering lights that trap moths at night, cutting his spending on pesticides.

Tama’s shallots were transported to the capital, Jakarta, 250 kilometres to the west, on a new toll road that was part of an infrastructure drive the president led.

But Widodo has also sought to control retail prices, leading to more food imports and a cap on the market price of staples such as rice and shallots, making it hard for farmers to sell at a profit.

So as Widodo seeks a second five-year term in this week’s election, some farmers across the highly populated island of Java wonder whether he should get their vote.

Tama, 42, did not earn enough in February to repay a loan due on harvest day because shallot prices were so low.

“I go to my friends to borrow money, or work on anything I can find,” said Tama, who – like many Indonesians – has only one name.

Although Widodo, more commonly known as Jokowi, is heading into the election with a comfortable polling lead over his challenger, retired general Prabowo Subianto, his opponents have seized on his agriculture policy to claim that some of the infrastructure projects don’t help ordinary people.

Indonesia’s economic growth has hovered at about 5 percent over Widodo’s first term, but there has been a drop in real income for the country’s nearly 40 million farmers, who account for a third of the labour force. [https://reut.rs/2Icl3hu ]

“The government has chosen populist policies and they led to farmers’ not getting full attention,” said Josua Pardede, an economist at Jakarta-based Bank Permata.

Widodo’s campaign did not respond to requests for comment. Sriyanto Saputro, a spokesman for Prabowo’s campaign in Central Java, said internal surveys suggested he was leading in Brebes.

Widodo’s policies have calmed inflation, which is now about 2.5 percent – its lowest in a decade – compared with about 8 percent when he took office. That has underpinned steady growth in household spending, which represents more than half of Southeast Asia’s largest economy.

Widodo’s infrastructure ambitions have also helped reduce logistical costs that in 2013 were estimated by the World Bank at 24 percent of GDP, among the highest in the region. Indonesia ranked 46th out of 160 countries on the bank’s Logistics Performance Index last year, compared with 63rd in 2016.

Late last year, he inaugurated the final section of a 944-km (587-mile) road linking the west and east coasts of Java, which includes the section between Jakarta and the shallot-producing Brebes area where Grinting village is.

That section made headlines in international media in 2016 when a three-day holiday traffic jam at one of its gates, Brebes Exit – which locals abbreviate to ‘Brexit’ – coincided with Britain’s referendum to leave the European Union.

Before the Brexit Road was built, it would take truck drivers about eight hours to transport shallots from farm to market in Jakarta, negotiating potholes, regular flooding of the highway and flag-downs by people demanding random charges. Today, the same journey takes about four hours.

“We’re grateful for all the infrastructure, but it’s the price regulations that need fixing,” said farmer Nanang Kusmari Gunawan, 31, complaining that shallot prices were low through most of last year.

Widodo’s trade ministry capped retail prices for shallots at 32,000 rupiah ($2.26) per kilogramme in 2018 and suggested a reference farm-gate price of 15,000 rupiah per kg, but Gunawan said this was not enforced and farmers had to sell at 10,000 rupiah.

Some farmers in Central Java, traditionally a stronghold for Widodo’s party, are so irked by the government’s policies that they will vote for the opposition next week.

“A farmer’s biggest enemy is imports,” said Suwarno, 34, as he took a cigarette break next to his rows of shallots, adding that he believes Prabowo will stop food imports.

Prabowo was long the chairman of the Indonesian Farmers’ Association, which advocate for farmers’ rights, and is now promising to industrialise the industry if he becomes president.

Still, the Brebes vote may still largely belong to Widodo: a poll by Alvara Research Center, conducted in early April and published on Friday, suggested he was likely to get 66.5 percent of votes in central and east Java, and Prabowo only 18.8 percent.

“I chose Jokowi last time. I don’t think I will change,” Tama said. “His programmes are extraordinary.”