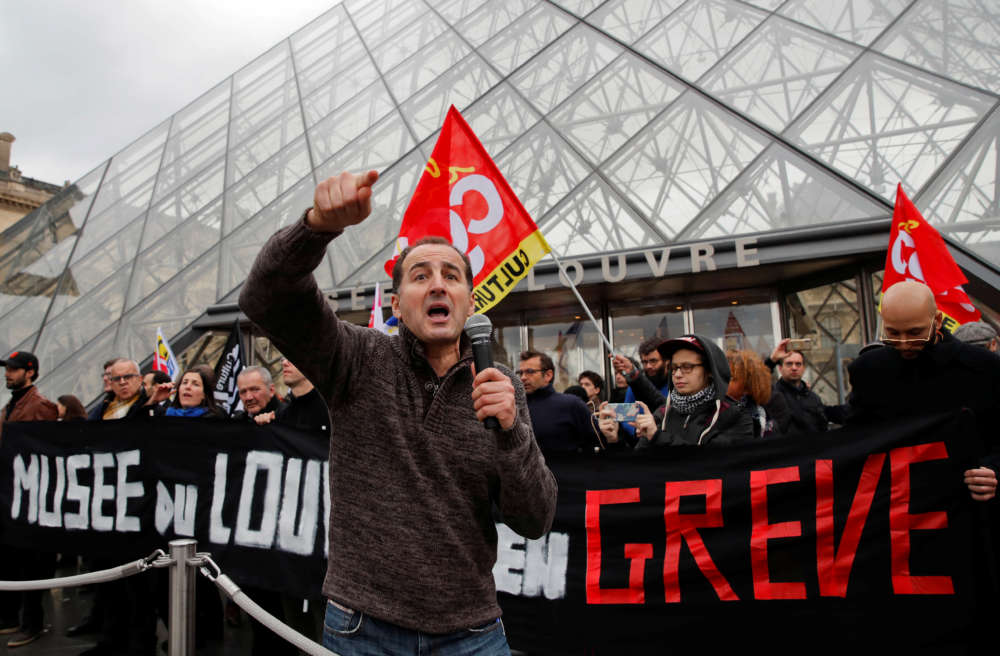 Tourists were turned away from the Louvre on Friday as striking staff blocked the entrance to the world’s most-visited museum.

Many visitors had come to see a special exhibition on Leonardo da Vinci which opened in October to mark the 500th anniversary of the Italian master’s death.

The Louvre workers were joined by other striking civil servants from the culture sector, who were booed by some of the frustrated tourists queuing in the hope of getting in. The museum said tickets for the day would be fully reimbursed.

Other visitors voiced support for the strike over planned pensions reform. The industrial action has lost momentum since President Emmanuel Macron’s government made a concession over the retirement age and as strikers face financial pressure.

“It’s annoying to come to Paris and find the Louvre closed, but I support them”, Elaine, a tourist from Brazil, said.