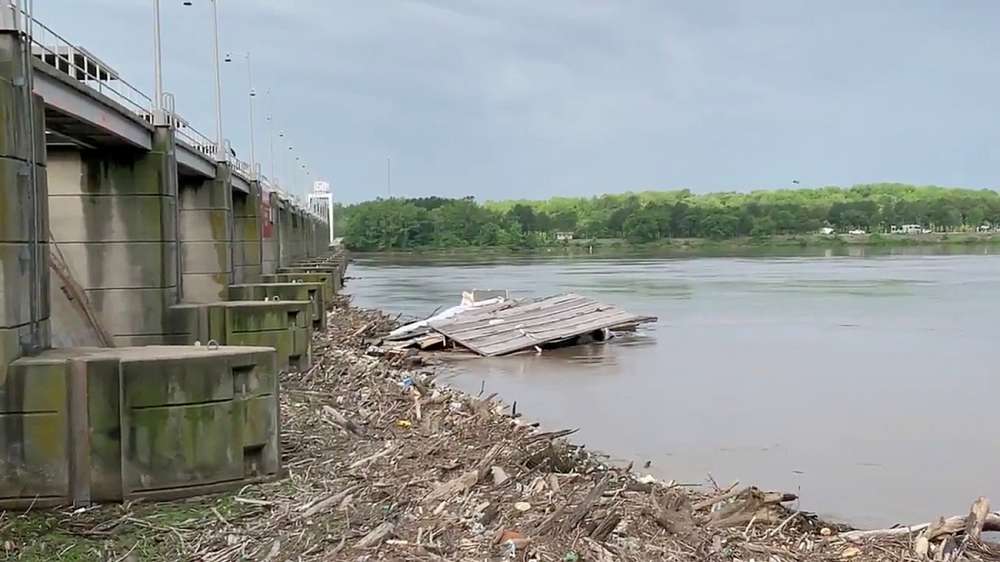 Communities along the swollen Arkansas River in Oklahoma and Arkansas prepared on Wednesday for further flooding, with the mayor of Tulsa urging thousands of residents behind the city’s aging levees to be ready to evacuate in the event of a “worst-case scenario.”

More than a week of stormy weather, including violent downpours and deadly tornadoes, has devastated the central United States, bringing record-breaking floods in parts of the two states, turning highways into lakes and submerging all but the roofs of some homes.

More rain is forecast, and the floods are expected to spread, according to the National Weather Service (NWS) and local officials.

“The rain has been coming fast and furiously and it all has to drain through the rivers,” Patrick Burke, a meteorologist at the NWS Weather Prediction Center, said in an interview on Wednesday. More heavy downpours were forecast through Wednesday night over much of the two states, with between 1 and 3 inches (2.5 to 7.6 cm) expected, he said.

By early June, rivers are expected to crest to the highest levels on record all the way down to Little Rock, Arkansas, Burke said.

In Tulsa, Oklahoma‘s second largest city, Mayor G.T. Bynum warned that the city’s 70-year-old levees were being tested “in a way that they have never been before.”

“Please prepare for the worst-case scenario that we’ve had in the history of the city,” he said on Tuesday. So far, he added, the 20-mile (32 km) levee system, which protects some 10,000 people, was working as designed.

At least six people have died as a result of the latest round of flooding and storms in Oklahoma, according to the state’s Department of Health.

The U.S. Army Corps of Engineers has raised the release of water from the Keystone Dam, in northeastern Oklahoma on the Arkansas and Cimarron rivers about 23 miles from Tulsa, into the river system to 275,000 cubic feet per second to stop the dam from overflowing.

A plague of extreme weather has upended life in the region, with more than 300 tornadoes touching down in the Midwest in the last two weeks.

Several tornadoes touched down on Tuesday evening in Kansas, damaging homes, uprooting trees and ripping down power lines, according to the NWS. Tornadoes also pulverized buildings in western Ohio, killing one person, and injuring scores of others.

By In Cyprus
Previous articleTurkey told by U.N. to free and compensate Gulen-linked detainees
Next articleLimassol: 60 year old pedestrian is new road fatality