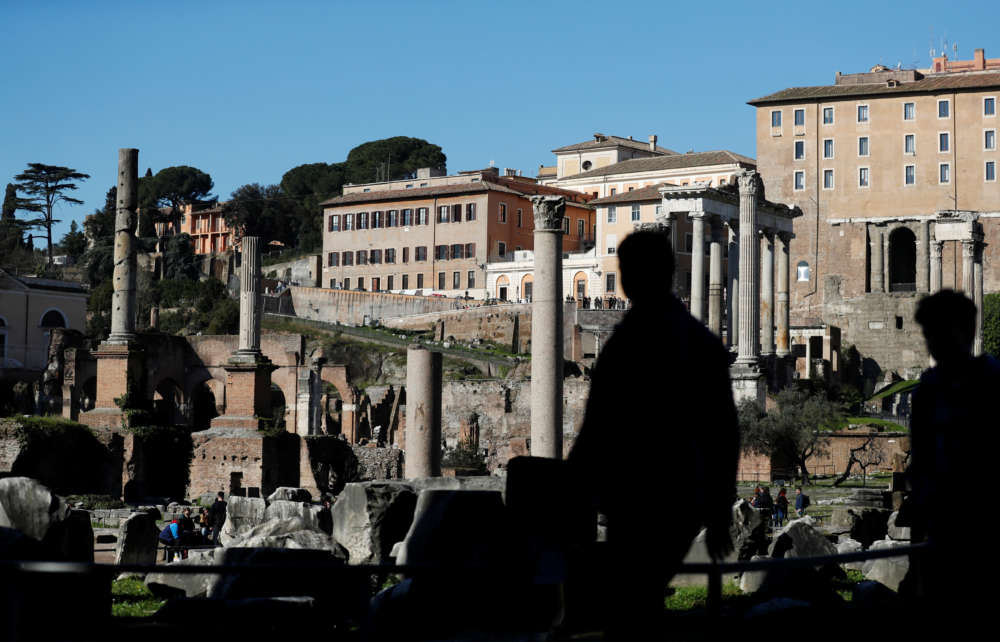 Archaeologists said on Friday they had discovered an ancient cenotaph that almost certainly commemorated the legendary founder of Rome, Romulus, buried in the heart of the Italian capital.

The small chamber containing a simple sarcophagus and round stone block was originally found at the start of the last century beneath the Capitoline Hill inside the old Roman forum.

However, officials say the significance of the find has only just become clear following fresh excavations and new research.

Alfonsina Russo, the head of the Colosseum Archaeological Park, said the site probably dated back to the sixth century BC, and was located in the most ancient part of the city which was directly linked in historical texts to Rome’s first king.

“This area is highly symbolic. This surely cannot be Romulus’ tomb, but it is a place of memory, a cenotaph,” Russo told Reuters TV.

The shrine is buried beneath the entrance to the Curia, one of the meeting places for Roman senators which was subsequently converted into a church – a move that protected it from being dismantled for its stones as happened to other forum buildings.

The underground chamber was also located close to the “Lapis Niger”, an antique slab of marble that was venerated by Romans and covered a stone column that was dedicated to “the King” and appeared to curse anyone who thought to disturb it.

Russo said the Roman poet Horace and ancient Roman historian Marcus Terentius Varro had related that Romulus was buried behind the “rostra” – a tribune where speakers addressed the crowd in the forum. “The rostra are right here,” she said.

No body was found in the sarcophagus, which was made of volcanic tuff rock, but according to at least one legend, Romulus vanished into the sky following his death to become the God Quirinus, meaning that possibly he never had a tomb.

According to the myth, Romulus and his brother Remus, the sons of the god Mars, were abandoned by the banks of the river Tiber where a she-wolf found them and fed them with her milk.

The brothers are said to have founded Rome at the site in 753 BC and ended up fighting over who should be in charge. Romulus killed Remus.

By Annie Charalambous
Previous article
Limassol carnival event cancelled due to bad weather
Next article
Aphrodite’s rock: place where the legend was born