Antisemitism is on the rise, EU survey finds 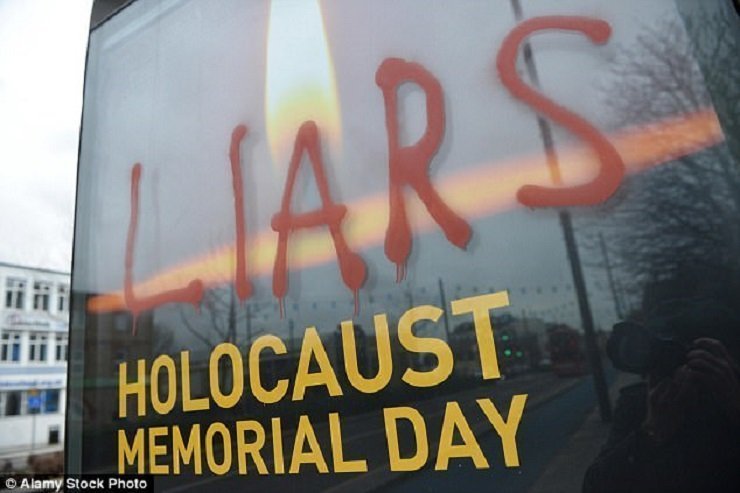 Anti-Semitism is increasing and Jews are increasingly worried about the risk of harassment, an EU Fundamental Rights Agency survey of the 12 EU countries with the biggest Jewish populations found.

Hundreds of Jews that participated in the survey said they had experienced a physical, anti-Semitic attack in the past year, while 28% said they had been harassed.

France is identified as having the biggest problem with anti-Semitism.

The report comes weeks after a gunman murdered 11 people at a synagogue in the US city of Pittsburgh. 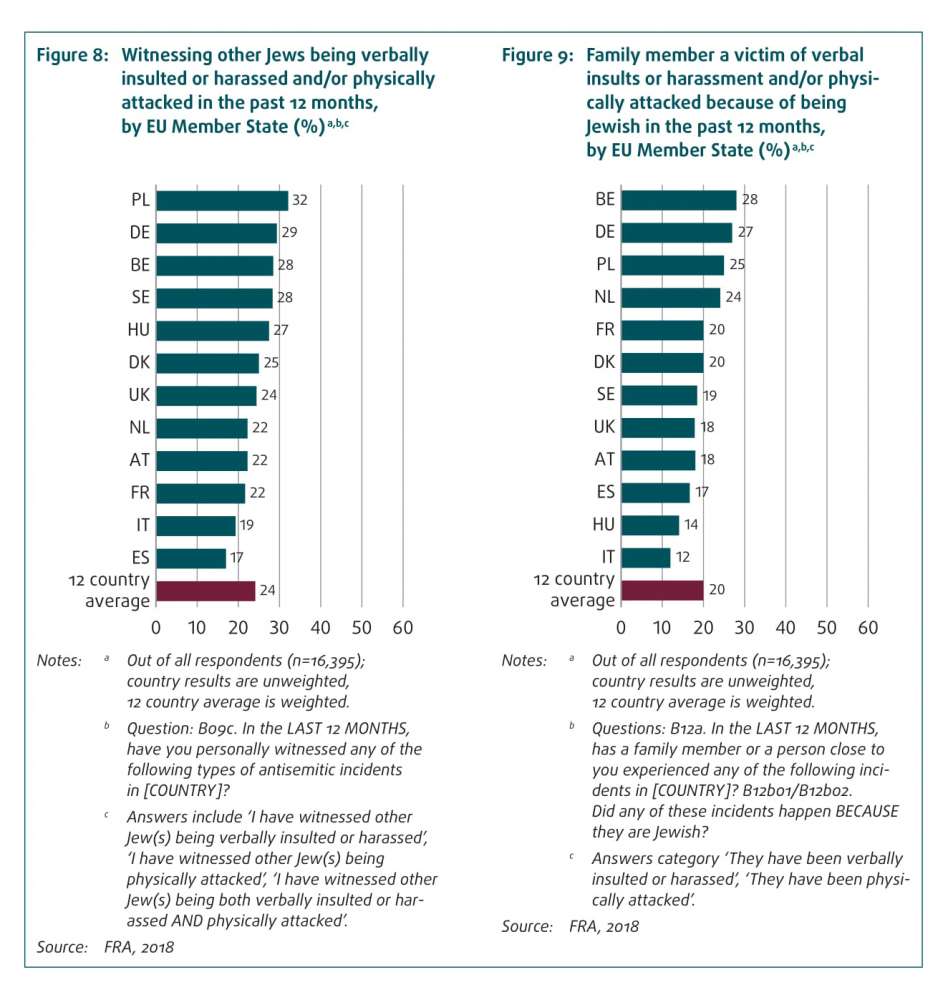 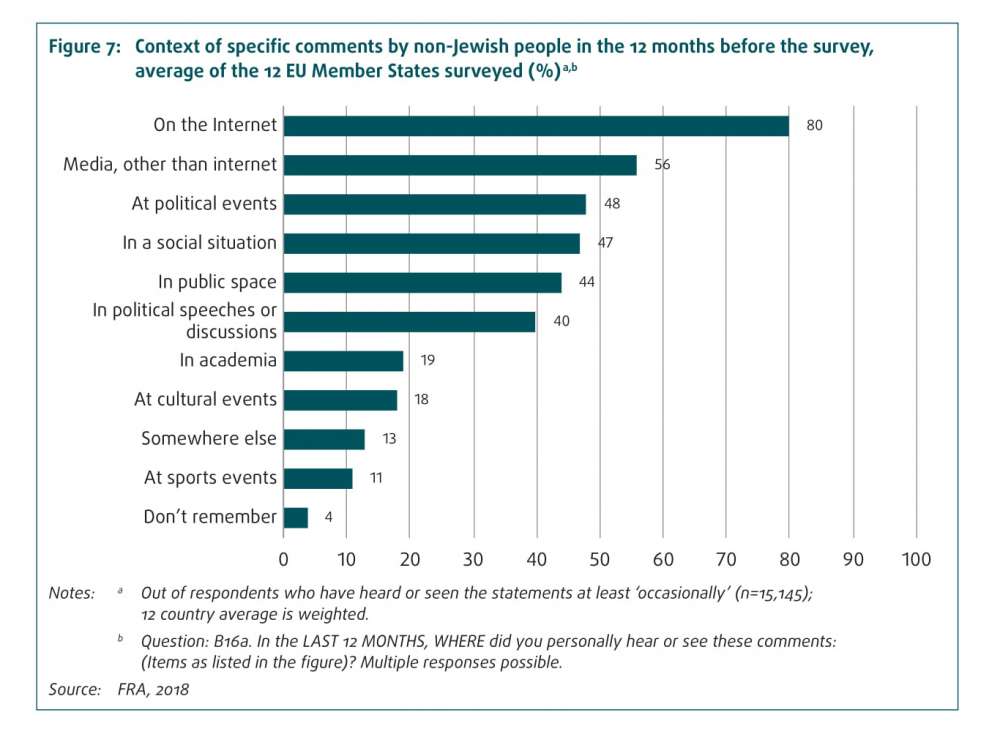 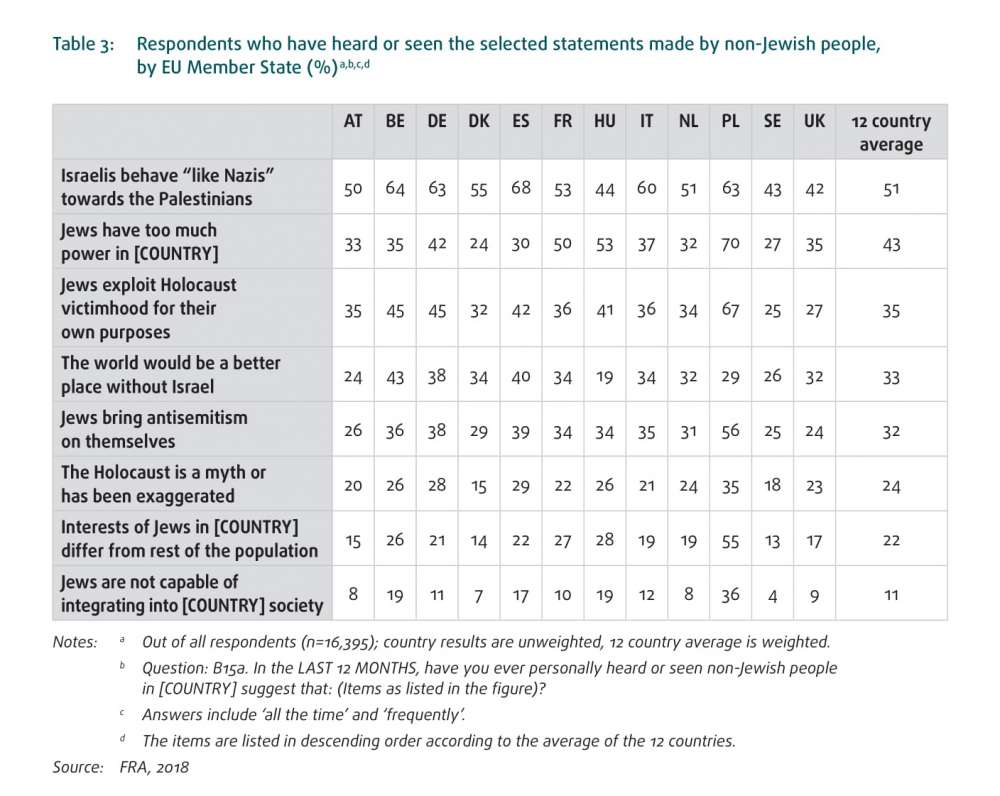 First Vice- President Frans Timmermans said: “I’m deeply concerned about the growth of antisemitism as concluded by the report of the Fundamental Rights Agency. It is essential that we combat this scourge forcefully and collectively. The Jewish community must feel safe and at home in Europe. If we cannot achieve this, Europe ceases to be Europe.”

Věra Jourová, European Commissioner for Justice, Consumers and Gender Equality, added:”70 years after the Holocaust, I am deeply saddened that 9 out of 10 Jews in Europe say that Antisemitism has increased over the past five years. The Jewish community should feel at home and safe in Europe, whether they are on the way to the synagogue or surfing online. The Commission is acting together with Member States to counter the rise of Antisemitism, to fight holocaust denial and to guarantee that Jews have the full support of the authorities to keep them safe.”

Which countries report the biggest problems?

A startling 95% of French Jews see anti-Semitism as either a fairly or very big problem.

Prime Minister Edouard Philippe has spoken of a 69% increase in anti-Semitic incidents in the country, which has Europe’s biggest Jewish population of around half a million.

This year alone 85-year-old Mireille Knoll, who escaped the Holocaust, was murdered in her Paris flat and an eight-year-old boy wearing a kippah (skullcap) was attacked in the street by teenagers.

Over 80% of those surveyed saw anti-Semitism as a serious problem in Germany, Belgium, Poland and Sweden.

Sweden, meanwhile, has seen one of the sharpest increases in perceptions of anti-Semitism in the past six years, along with the UK and Germany. 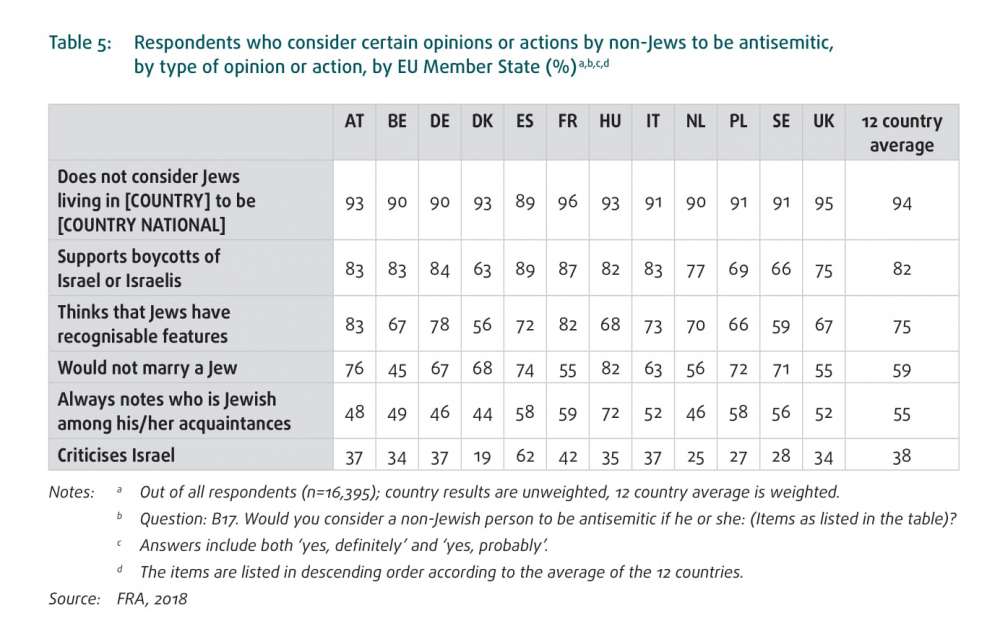