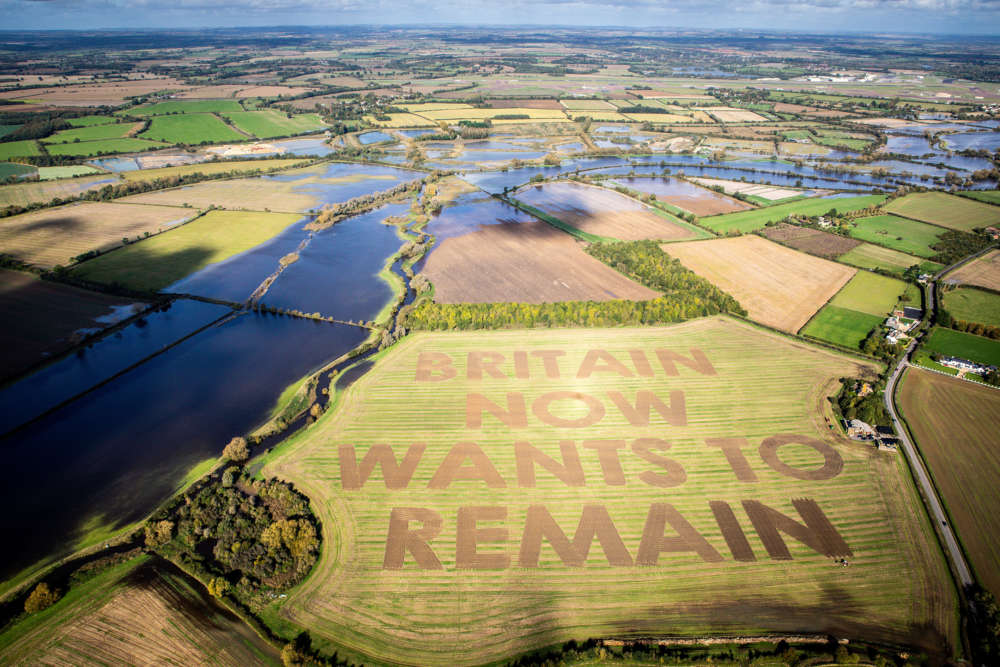 Anti-Brexit campaigners have ploughed a protest message in giant letters reading “Britain now wants to remain” into a field in rural southern England, as Britain’s exit from the European Union hangs on a knife edge.

Prime Minister Boris Johnson scrambled on Friday to persuade doubters to rally behind his last-minute European Union divorce deal in an extraordinary vote in parliament due on Saturday.

Crowdfunded campaign group Led By Donkeys released helicopter footage showing a tractor putting the finishing touches on 40-metre high letters ploughed into a field belonging to an anti-Brexit farmer in the county of Wiltshire in southwest England.

The will of the people has changed
(Wiltshire, UK – sound on) pic.twitter.com/dfPFcjgZel

In the video a voter identified as Lisa says she opted for Brexit in the 2016 referendum but has since changed her mind.

One of the four founders of the campaign, Olly Knowles, said opinion polls showed Britain no longer wanted to leave the European Union.

“Boris Johnson may have a deal but he doesn’t have the support of the public….The will of the people has changed.”

However, opinion polls have shown only minor fluctuations in voters’ views on Brexit since the 2016 referendum and the outcome of any second referendum remains difficult to predict. Much would hinge on turnout.