Ankara: We won’t waive our rights to EEZ 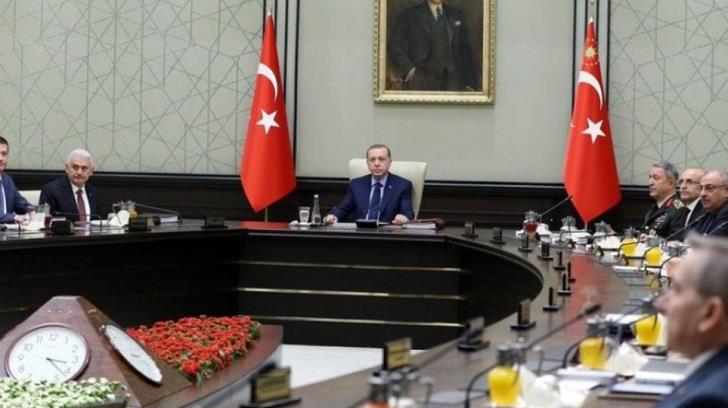 “We won’t cease laying claim to the Aegean and Cyprus’ EEZ” is the message sent by Turkey’s President, Recep Tayyip Erdoğan to Greece, Cyprus and the EU, a few days after the EU – Turkey Summit in Varna.

Right after the end of the National Security Council’s meeting, chaired by Erdoğan, during which the latest developments relating to the invasion and capture of Afrin and Greek-Turkish matters were scrutinized; Ankara announced that it won’t cease laying claim to the Aegean Sea and Cyprus’ EEZ, according to SKAI.

During the four-hour meeting, Cyprus’ EEZ and the Aegean issues were brought up, with Turkey frustrated at Greece as it is believed that its stance  is not helping “good neighbourly relations”.

With regard to the latest developments in Syria, the Council warned that it will take initiatives in the Kurdish enclave of Manbij, if the Kurdish forces do not withdraw their troops from the region.

It should be noted that in contrast to Afrin, US Special Forces find themselves in Manbij, aiding the Kurds in their fight against the Islamic State.