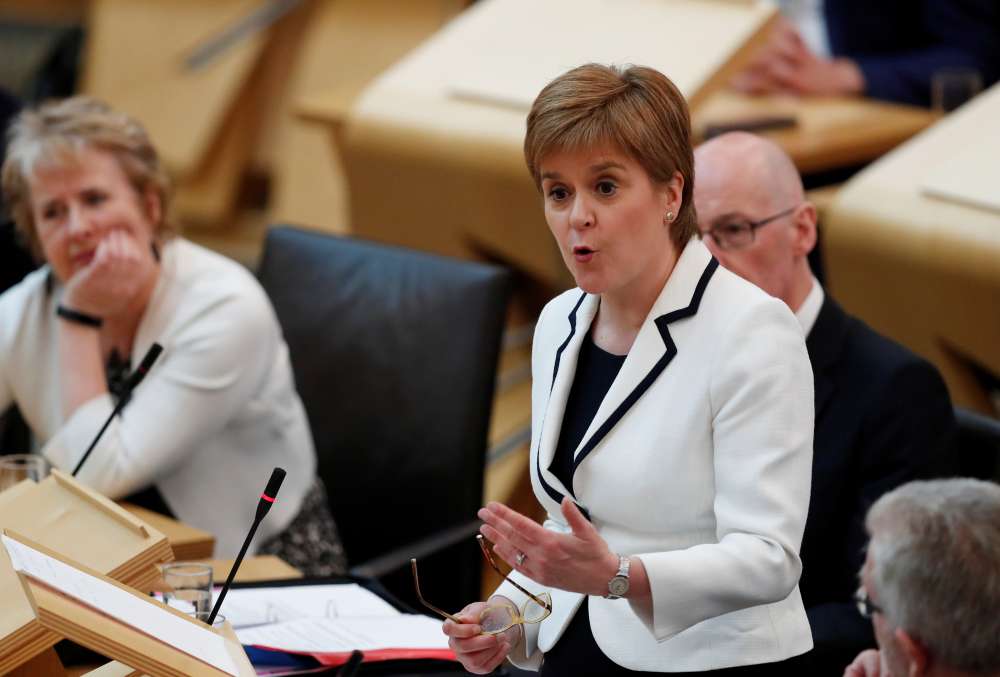 Supporters of an independent Scotland will launch a new grassroots campaign on Thursday ahead of a possible second referendum on secession from the United Kingdom, hoping to harness Scottish voters’ anger over Brexit.

Scots rejected independence in 2014 and support since then has remained stuck at around 45 percent, opinion polls suggest. But Scots also voted to remain in the European Union in the 2016 Brexit referendum, in which England and Wales voted to leave.

Under the crowd-funded initiative “Voices for Scotland“, which has some 100,000 supporters, clipboard-wielding activists will fan out across Scotland to try to boost support for secession to the 50-60 percent range.

“I get the sense that we are in the death throes of the United Kingdom, that it is a very unstable construct,” Maggie Chapman, one of the leaders of Voices for Scotland and also co-convenor of the Scottish Greens, told Reuters.

The launch comes a day after Scotland‘s First Minister Nicola Sturgeon said the country would start preparing for a second referendum on independence before May 2021 without permission from London because of Brexit.

Britain is mired in political chaos after parliament rejected three times the withdrawal deal negotiated by Prime Minister Theresa May and other EU leaders, and it is still unclear when or even if it will leave the bloc.

“One of the things that ‘no’ or undecided voters said to me in 2014, in the run-up to that referendum (on Scottish independence) was ‘why, what do you want to change, the UK is fine as it is’,” said Chapman.

“Brexit tells us that the UK is not OK, not only in terms of economic legitimacy and power, but in terms of trust in politics,” she said.

The new initiative will train campaigners to go out and “listen to what people need to help them become supportive of independence, as well as to persuade them of its merits”, Voices for Scotland said in a statement.

Its aim is particularly to target those who are undecided about Scottish independence or “who support the union but have had their faith undermined by recent events.”

By In Cyprus
Previous article
Mainly fine over next few days, some dust in atmosphere
Next article
Thousands gather for Anzac Day in Australia, New Zealand amid heightened security