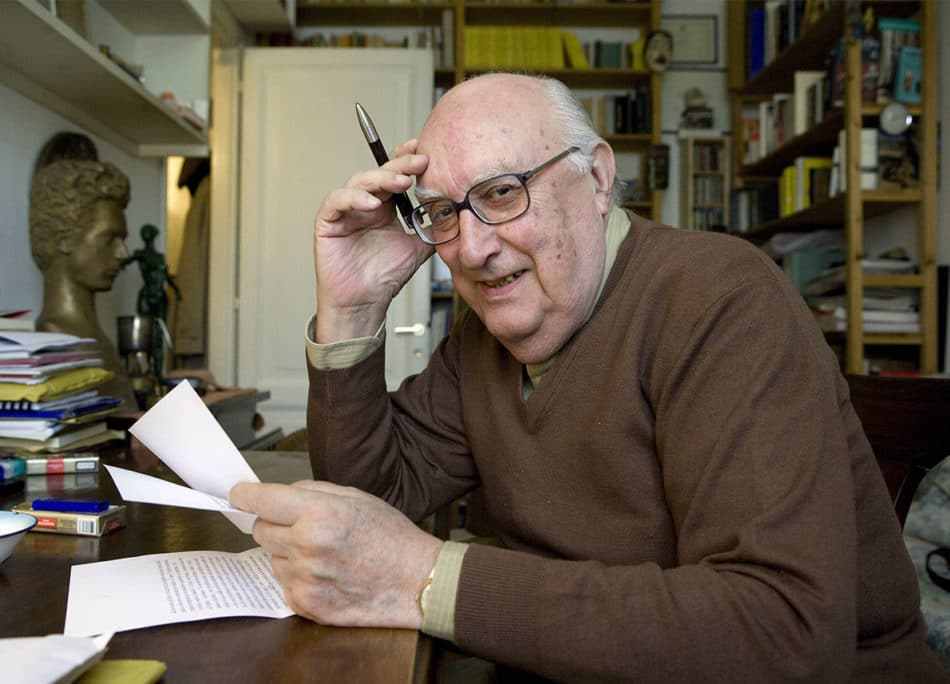 Camilleri spent much of his life working as a theatre director, screenwriter and teacher, only becoming a successful and highly prolific writer from his late 60s.

He wrote more than 100 books. His Montalbano novels have regularly topped Italian best-seller lists, been translated into 32 languages and are the basis for a popular TV series aired by Rai and sold worldwide.

He published his first book when he was 53, but it made little impact and he subsequently gave up writing for many years, only producing the first Montalbano novel, “The Shape of Water”, in 1994, when he was almost 70.

The 26th novel in the series, “The Cook of Alcyon”, hit Italian bookstores at the end of May. Camilleri said in 2006 he had prepared a final instalment chronicling the death of his detective hero which was locked in his publisher’s safe.

The popularity of both the chain-smoking Camilleri and his food-loving alter ego Montalbano soared after Rai started adapting the adventures of the Sicilian detective in 1999, subsequently selling the series worldwide.

The Montalbano novels are set in the fictional town of Vigata, which closely resembles Camilleri’s hometown of Porto Empedocle — a port in southern Sicily. Sicilian life and cooking infuses the mysteries, as does local dialect.

The television series has fuelled a tourism renaissance on the island, with Italians and foreigners alike regularly flocking to the small and picturesque towns of Ragusa, Scicli and Modica where the fictional Montalbano conducted his investigations.

A one-time member of the Communist Party, Camilleri was an outspoken critic of both former Prime Minister Silvio Berlusconi and the current deputy prime minister, Matteo Salvini, who heads the anti-immigrant League party.

In one of the last Montalbano television adaptations, broadcast in Italy in February, the detective delivers a pro-migrant message, jumping into the sea to recover the body of a drowned asylum seeker.